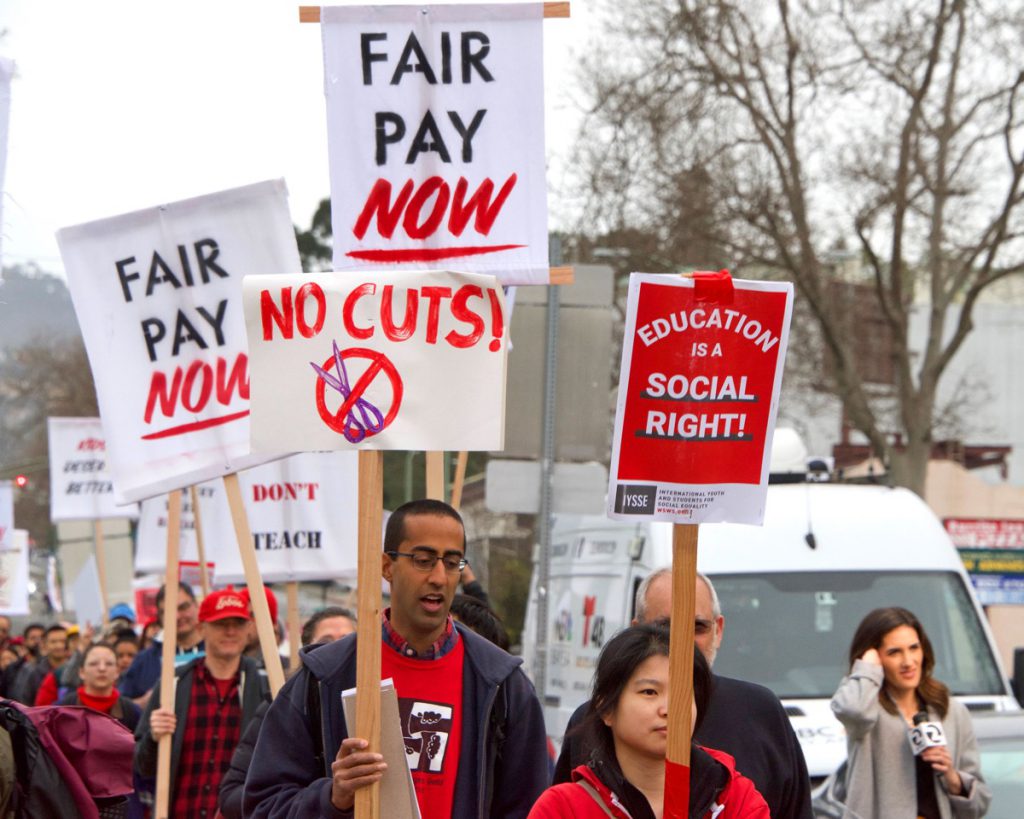 Riding the wave of successful teachers’ strikes that began in 2018, teachers and support staff in the Chicago Public Schools system went on strike in October as part of their fight for higher wages and educational reforms.

Nearly 30,000 teachers and support workers across the city participated in an 11-day strike that ended on October 31. The New York Times’ Mitch Smith and Monica Davey report that it ended up being the longest such strike in Chicago since 1987 and the first multi-day work stoppage by Chicago Public Schools teachers since 2012.

What were the teachers fighting for? At the heart of the strike was not only increasing teachers’ wages and improving working conditions, but also addressing social justice issues that impact the school system.

Chicago Teachers Stood Together for More Than Just a Pay Increase

“This is not just about respect for teachers, but about equity and social justice for students. This is a strike not just for the benefit of teachers, but for the common good.”

When it came to fighting to improve working conditions and school effectiveness, the teachers union had some key demands:

The teachers also pursued more progressive social justice issues for inclusion in the contract because “student learning doesn’t just depend on what happens inside the classroom.” Those issues included fair affordable housing, sanctuary schools, reformative justice and sustainable community schools.

Fair housing was a top priority for the union in the negotiations. In an article for Labor Notes, educator and activist Barbara Madeloni reports that 16,000 students in Chicago are homeless; meanwhile, city workers such as teachers struggle to find affordable housing. Housing impacts both students’ and teachers’ abilities to perform in school.

Karla Walter, director of employment policy at the Center for American Progress, says it’s no surprise that teachers are increasingly addressing affordable housing in their contracts. “Teachers are members of communities and increasingly struggle with their affordability; that [teacher unions] are centralizing affordability for their students shouldn’t come as any surprise,” Walter explains.

To help alleviate this issue and provide stability to students and teachers struggling with housing, Madeloni notes, the CTU asked for the following:

Their Efforts Were Supported by School Support Staff

Teachers were not alone on the picket lines. They were joined by members of the Service Employees International Union (SEIU) Local 73, who include support staff at the schools such as teacher aides, custodians and security guards. The local was also in contract negotiations with the city at the time.

SEIU Local 73 President Dian Palmer promised the support of her union as the teachers’ strike loomed. “Local 73 has your back. If we don’t get the contract you deserve, we will be shoulder to shoulder with you on the strike lines because together we will win,” Palmer said.

Even after ratifying its own new contract with the city, the local stayed on the picket lines until the teachers were able to secure their new contract. 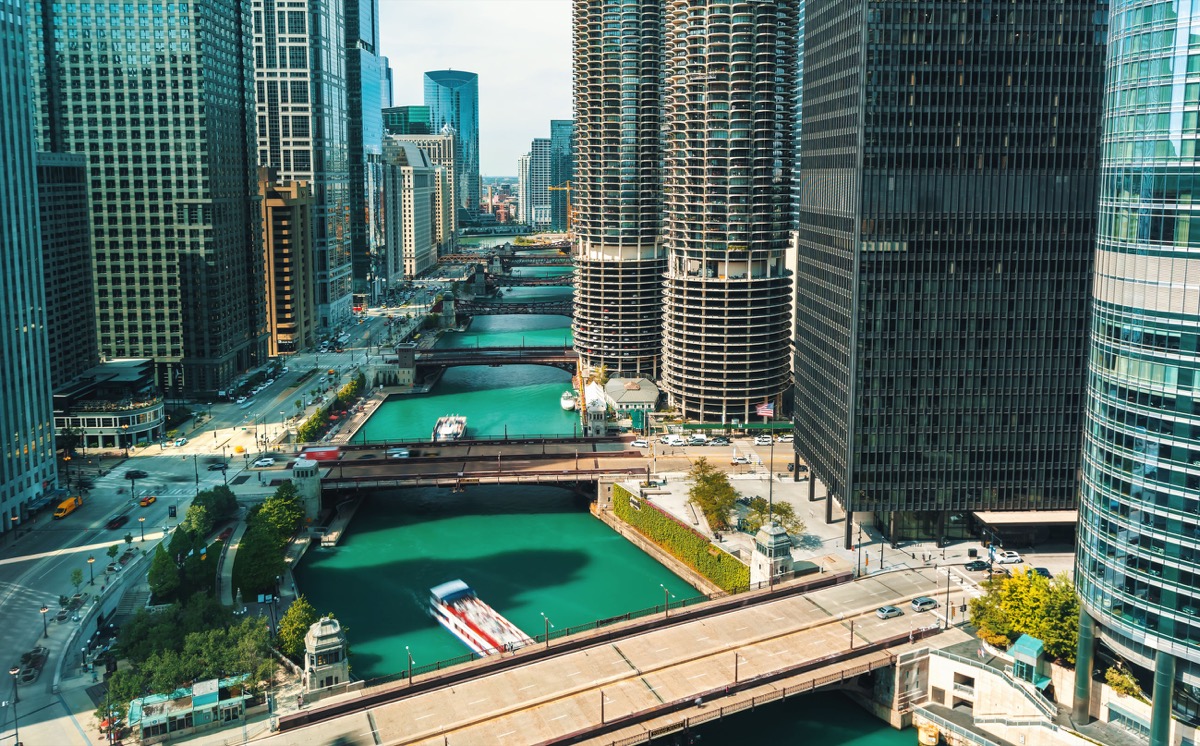 From the beginning, both sides’ priorities were on opposite ends of the spectrum.

Alexia Fernández Campbell at Vox reports that Chicago Mayor Lori Lightfoot’s campaign pledges included an increase in funding for neighborhood schools. That included adding hundreds of support staff such as nurses, counselors and social workers to schools. Teachers wanted the city to include those pledges in the contract, but the mayor hesitated to do so.

“Teachers were frustrated that she wouldn’t put it in writing — in their contract,” notes Campbell.

Instead, in the negotiations that started months prior to the strike, Lightfoot focused on putting a pay increase in the contract to satisfy teachers. Meanwhile, the union put emphasis on the other key issues they wanted to address, arguing that schools should receive a share of the city’s surplus from tax revenue.

Nader Issa at the Chicago Sun-Times reports that Lightfoot said there was no money for those initiatives, but that she would include those requests in the budget. Issa’s report notes the mayor didn’t see the need to put them in the contract because she offered what she considered a strong pay raise that should have been enough to appease the CTU.

“Even after Lightfoot said she would put the CTU’s requests for more staffing of nurses and social workers into the schools budget, the union kept pushing she ‘put it in writing’ in the contract,” Issa writes.

Bob Bruno, labor professor at the University of Illinois at Urbana-Champaign, said the mayor underestimated the importance of the issues to the CTU.“It was obviously the case that it wasn’t until the strike that she began to really consider and begin to negotiate around these issues,” Bruno said.

The chasm this lack of understanding created led to the strike.

And the teachers were willing to stand strong together until they got what they wanted in the negotiations. “We’re willing to strike until we get the job done,” CTU President Jesse Sharkey said midway through the strike. “We are not giving up this fight until we get what is just and what is right.” 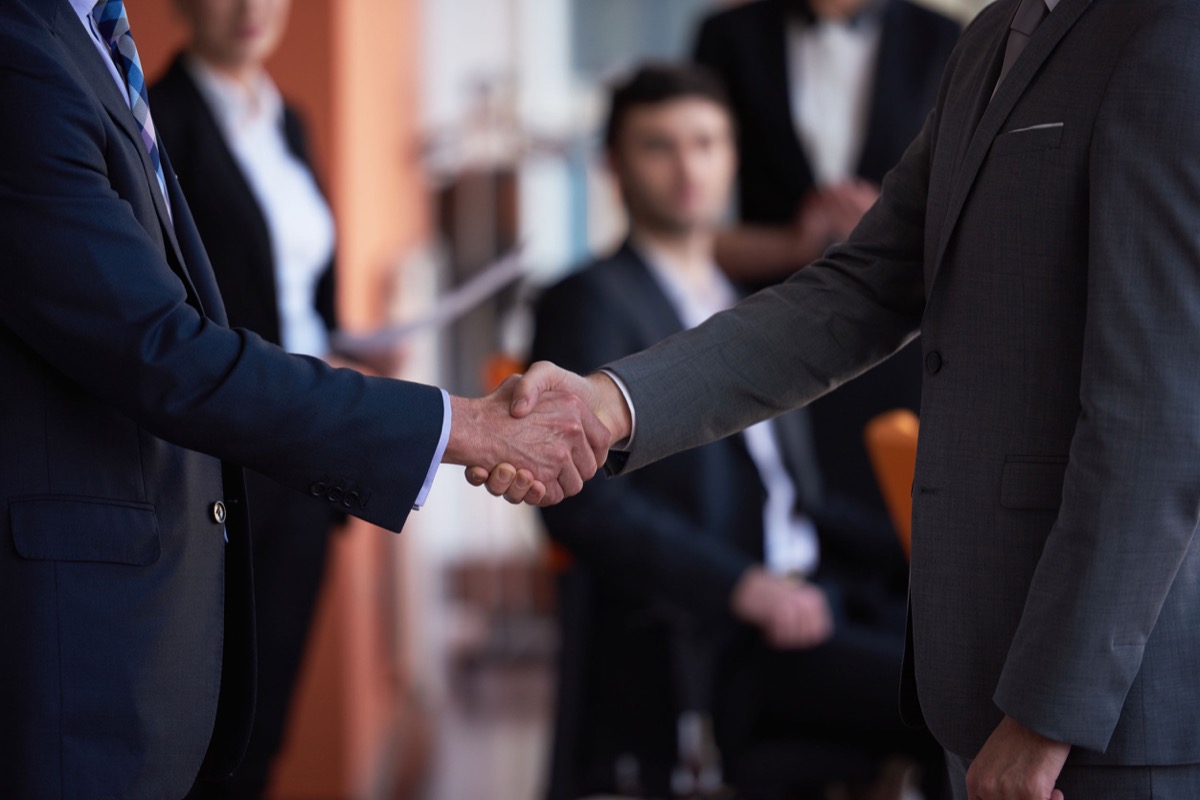 Both the CTU and the SEIU Negotiated Solid Contracts

On October 30, the Chicago Public Schools system reached a five-year agreement on a new contract with SEIU Local 73 after 17 months of negotiations. The contract included substantial pay increases, significant improvements in working conditions and more resources for students.

“This is a victory for working people in Chicago and shows what is possible when we unite and take action,” said President Palmer. “The lowest-paid support workers who are the backbone of our schools are going to see raises that mean their families won’t have to struggle as hard living in an expensive city where costs keep going up.”

Later that same night, the CTU delegates voted to approve a tentative deal with the city that still had to be ratified by the full membership. But the contract wasn’t the end of the strike, as the union refused to go back to work unless the mayor added the agreed-upon five missed school days to the school year calendar. That didn’t happen until the next day, and everyone returned to school on Friday, November 1.

Though the agreement did not meet all of the union’s demands, it did address many of the main concerns, explained President Sharkey. Among those were:

The contract also includes terms for providing coordinators for students who require homeless services, which addresses one of the union’s key issues. “We believe that this is an agreement which will produce real, lasting benefits in our schools. It’s a contract that we can believe in,”  Sharkey said.

The full union vote for ratification was held on November 14 and 15, and the contract was ratified by a margin of 81 percent in favor to 19 percent not in favor.

Not the First, Nor Likely the Last

The Chicago Public Schools teachers strike was the most recent in a long line of teachers strikes that have been happening across the country the last couple of years. What started as a statewide teachers strike in West Virginia has turned into a movement.

“What it says is that West Virginia and Oklahoma wasn’t sui generis; it wasn’t an isolated moment,” said Randi Weingarten, president of the American Federation of Teachers. “This is now a strategy.”

It’s a strategy that continues to work to improve education systems and teacher working conditions around the country.

Engagement among striking teachers was essential to the protest’s success. Tools like UnionTrack ENGAGE can be used by organizers and leaders to keep everyone informed during contract negotiations.