Months Into a Pandemic, Unions Continue to Support Front-Line Workers 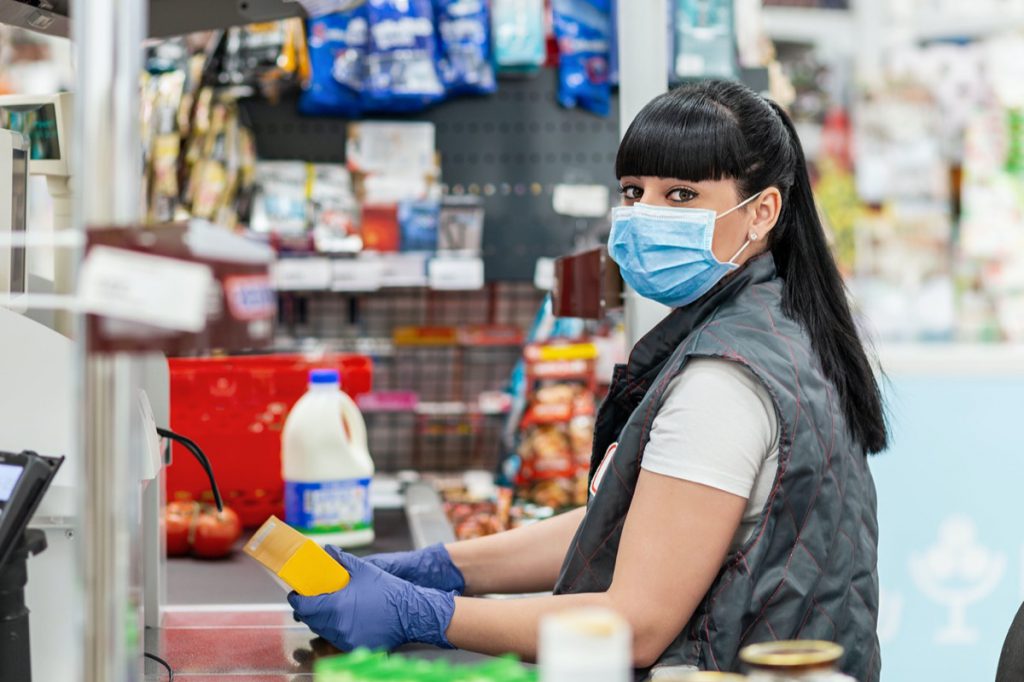 Essential workers are the heroes of the COVID-19 pandemic.

“Every day, they selflessly risk infection and save the world as they brave the front lines against an invisible enemy,” writes Jillian Chong, staff reporter for The Science Survey. “While the majority of us stay in isolation, millions of essential workers work overtime to keep our world turning.”

Most essential workers have done so with minimal recognition or support from employers or legislators, who should have done more to compensate and protect these workers.

Take, for example, Matt Monaghan, a New York City bus driver who, as an essential employee, has been working throughout the health crisis. He says he’s working longer hours because fellow drivers call out sick. He’s also faced a shortage of protective gear and has relied on his union, the Amalgamated Transit Union, to provide essential health and safety supplies.

“We come to work because we have to keep the city moving, but my anxiety is through the roof,” he says.

Monaghan is one of millions of front-line workers suffering the same hardships in an effort to keep the basic economy going during the pandemic. And as the economy comes back online, he, like so many others, has been relying on his union to continue advocating on his behalf for long-term workplace protections because employers and legislators seem disinterested in providing solutions.

Essential Workers Are Being Forgotten as the Economy Reopens

The enduring plight of essential workers is no longer front-page news, and public pressure to protect these workers is slackening. In fact, front-line workers are now losing some of the protections they did manage to win during the height of the pandemic.

Reporter Terelle Jerricks at Random Lengths News writes how essential workers are being “gaslighted” as the economy starts to rebound. “Six months in,” writes Jerricks, “many of these workers are now losing the bonuses and pay raises they were given as a substitute for hazard pay.”

This has been a big disappointment for front-line workers, who were hopeful their contributions during the early pandemic would lead to improved workplace practices, such as higher pay and more benefits.

“Now that that hazard pay is gone, [essential workers] say there’s really no hope that they’re going to see it again or that conditions are going to improve in any meaningful way,” says Abha Bhattarai, retail industry reporter for The Washington Post.

Bhattarai also notes how many workers are still working under hazardous conditions as businesses reopen. They struggle to socially distance in stores and warehouses as well as enforce health regulations such as mask mandates.

“The stakes are much higher for the workers,” says Bhattari. “They feel like they’re at risk of getting COVID, but also, of angering customers and maybe being on the other side of that. It’s just a very fraught position that they’ve been put into.”

Unions are listening to these workers, however, and they haven’t given up the fight on behalf of essential workers. Unions continue to do what they can to support front-line workers even after the wider opening of the economy.

Union Leaders Are Lobbying for Legislation That Prioritizes Workers

Two key worker injustices that have been spotlighted by the pandemic are the abysmal pay and benefits for essential workers, and the lack of protections for unionization at many workplaces. To combat these issues, union leaders continue to lobby for legislation that puts workers first.

One piece of legislation that unions are backing is the Health and Economic Recovery Omnibus Emergency Solutions (HEROES) Act. Labor unions applaud the legislations’ focus on providing relief for essential workers.

“At last, the HEROES Act presents the kind of direction, relief, and opportunity for bipartisan action that America so desperately needs right now,” says Ken Rigmaiden, general president of the International Union of Painters and Allied Trades (IUPAT). “Our members have already experienced death, sickness and financial strife throughout this crisis and are in dire need of stability.”

With the passage of the legislation, front-line workers would see protections ranging from improved health and safety to increases in pay and benefits.

“The HEROES Act would keep frontline workers safe by requiring OSHA to pass an emergency infectious disease standard and by mandating that employers provide proper training and protective equipment,” says MaryBe McMillan, president of the North Carolina State AFL-CIO. “In addition, it would provide hazard pay to frontline workers and provide needed funding to our postal service, our public schools, our states, and our cities.”

The bill passed in the U.S. House of Representatives in May and has since sat languishing in the Senate.

The Protect the Right to Organize (PRO) Act was introduced and passed by the House before the health crisis. Since then, it has become a crucial piece of legislation for workers, as many have been not only denied the right to organize their workplaces but also fired for talking about unionizing or complaining about workplace conditions during the pandemic.

“As American companies lay off millions of workers, some appear to be taking advantage of the coronavirus crisis to target workers who are in or hope to join unions, according to interviews with more than two dozen workers, labor activists and employment lawyers,” write New York Times reporters Jessica Silver-Greenberg and Rachel Abrams.

Such anti-worker practices have left workers afraid to speak up for their own safety. And COVID-19 legislations, thus far, have not gone far enough to remedy this, asserts Celine McNicholas, director of Government Affairs at the Economic Policy Institute.

That’s why unions and worker allies are advocating for legislation, like the PRO Act, to right this wrong and empower workers.

Hazard pay has been one of the most contentious issues between labor and business during the pandemic. Front-line workers who were forced to go in to work when everyone else was on lockdown have had to fight too hard for the benefits they deserve for putting their lives on the line.

It’s a struggle they should not have had to endure.

“Essential workers should be compensated for the additional risk of infection they are taking by commuting to and being at work,” asserts the Service Employees International Union (SEIU). It’s that simple.

While at one point during the pandemic many workers did receive hazard pay, those benefits have come to an end for most. But the hazards of working haven’t gone away, so unions continue to fight for them to receive hazard pay benefits.

In support of this cause, the UFCW launched a National Hazard Pay Campaign in September. It was a collective effort by UFCW members and allies to bring attention to the issue and restore hazard pay to workers.

As reported by Bridget Goldschmidt at Progressive Grocer, the campaign included grassroots actions to connect with communities via paid and digital media. The union also harnessed the power of first-person testimonials to pressure businesses to reverse course on ending hazard pay.

Bargaining has been an essential part of improving workplace protections throughout the pandemic. To that end, unions are closely scrutinizing contracts that don’t address issues relevant to the pandemic, renegotiating contracts, and negotiating temporary memorandums of understanding (MOUs) to address the needs of temporary workers in these unprecedented circumstances.

It’s unfamiliar territory for most unions, but it’s some of the key work unions have been doing to help essential employees.

“Across essential workplaces, unions have negotiated safer working conditions and higher pay in response to the pandemic,” writes Charlotte Garden, associate professor at Seattle University School of Law. And they continue to do so as the economy reopens, and the hardships these workers went through at work everyday disappear from public conversation.

An open line of communication with members is crucial to these efforts by unions to support essential employees. A tool like UnionTrack ENGAGE helps facilitate constant collaboration so workers’ concerns are heard and addressed by leaders.