Online Holiday Shopping, COVID-19, and the Unfair Burden on Workers 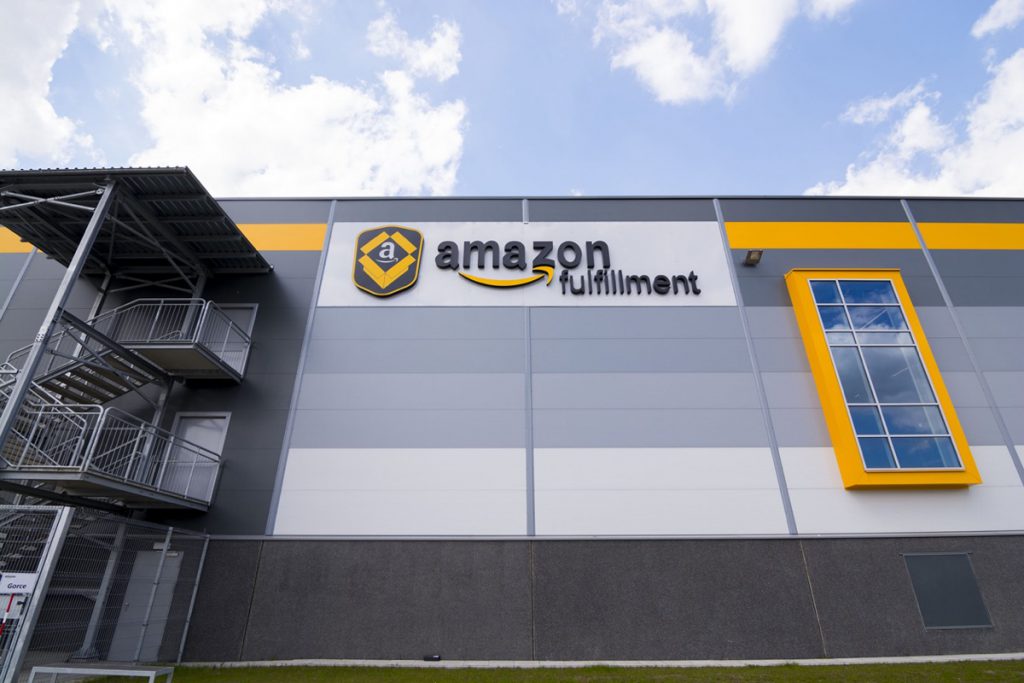 More holiday shoppers bought gifts online this holiday season, which means online retailers like Amazon were busier than ever.

One of the most comprehensive studies by Adobe Analytics found a nearly 28-percent increase in online spending between the start of November 2020 and Cyber Monday at the end of that month. Amazon itself reported having its best year yet, recording a 60-percent increase in sales year-over-year for the same weekend.

For Amazon’s front-line warehouse and delivery workers, this has been bittersweet news.

Being busy meant there was work to do when so many others were struggling to find jobs. But it also meant working in increasingly chaotic environments that posed a threat to their health and safety — during a global health crisis at a company known for prioritizing productivity over worker well-being.

And Amazon’s embrace of questionable working conditions didn’t seem to waver, even in the face of a worsening pandemic.

The working conditions at Amazon facilities are no secret. Employees, against company policy, have been telling their stories for years about the high-stress environment of quotas and surveillance.

One Amazon employee even described the company’s working environment during the holiday season, its busiest time, as “America’s sweatshop firing on all cylinders.” And that was in 2018. Workers at Amazon during the pandemic say it’s only getting worse.

In October, a group of 10 Amazon workers told CNN’s Sara Ashley O’Brien that following basic COVID-19 precautions is difficult in areas of Amazon’s facilities, and they expected it to be more difficult as the number of workers increases with the volume of packages over the holiday season. Social distancing often goes unheeded, and workplace cleaning gets overlooked in the rush to keep up with the fast pace inside the warehouses, O’Brien reports.

On the occasions employees do try to take precautions, they are reprimanded. One employee told O’Brien she sometimes sacrifices speed to social distance or sanitize, only to receive a verbal warning for her drop in productivity.

In November, former fulfillment center employee Monica Moody, on a call with reporters coordinated by retail worker rights group United for Respect, said it was obvious from the beginning of the pandemic that Amazon would prioritize productivity over worker safety. “They didn’t make any adjustments in our rates to account for the extra time that we should be taking to protect ourselves from this virus,” she said.

Also on the front lines are Amazon’s delivery drivers, many of whom are contract workers. The contract companies operate under similarly stringent productivity standards as fulfillment center workers to keep costs down, Reuters’ Chris Kirkham and Jeffrey Dastin report. Again, health and safety get sacrificed for productivity.

One driver told Kirkham and Dastin the van he was driving wasn’t cleaned at any point during his 10-hour shift, that package bins handled by multiple people weren’t cleaned and that he wasn’t offered any personal protective equipment.

As with fulfillment centers, drivers’ jobs have only become more hectic, and therefore more dangerous, during the pandemic. Some drivers report their quotas have doubled during the pandemic, causing them to work longer days without enough rest to meet those numbers.

“Amazon is raising the quotas,” says Adam Diaz, director of organizing at the Warehouse Worker Resource Center. “Off-peak season you had drivers delivering 120-150 packages a day. Now you’re looking at drivers being asked to deliver more than 300 packages in the same amount of time.”

Front-line Amazon workers who are putting their lives at risk to keep the business running and consumers happy should also be on the front lines of receiving hazard pay and other benefits for their sacrifices and commitments. Instead, they received a turkey.

To back up a bit, in March 2020, when the pandemic first hit, Amazon increased the pay of warehouse workers by $2 an hour as a reward for showing up to work. The company has labeled it pandemic pay. Others have called it hazard pay. At the end of the day, it was an incentive to show up to work at a time when it was scary to do so.

The company ended the coronavirus pay at the end of May and has not since reinstated it. So, these same workers are still showing up to work and still facing the same hazardous conditions.

“Amazon workers have been forced to work long hours in precarious conditions at the front-line of the pandemic, with almost no increase in pay,” David Adler and James Schneider Progressive International say.

“Almost everyone is very disappointed and angry,” an Indiana warehouse worker told Isobel Asher Hamilton at Business Insider. “We want the pay until the masks go away.”

Instead of reinstating the pay increase, Amazon gifted workers with a voucher for a turkey and a cash bonus of $300 ($150 for part-time employees).

Meanwhile, the company is offering sign-on bonuses of up to $3,000 to new employees to make sure warehouses can keep up with demand this holiday season. “If one worker gets a turkey and another worker gets $3,000, it’s the ultimate insult in compensation,” says Fred Whittlesey, a compensation expert and former Amazon employee.

Workers and labor leaders are advocating for Amazon to right this wrong.

“While a deadly virus is canceling holiday plans for extended and immediate families, most warehouse and retail workers and delivery drivers will continue working long hours through the end of the year to ensure Americans have food and gifts,” writes James Hoffa, president of the International Brotherhood of Teamsters. “It’s unacceptable that some of these workers will struggle to provide food and gifts for their own families.”

There’s No Time for Time Off

Another issue that Amazon workers are battling: time off from work, or a lack thereof, for pandemic-related reasons.

Paid sick leave was already in short supply at Amazon. Employees have told Business Insider that workers taking more than their allotted 80 hours of unpaid time off per year could be fired on the spot.

In early March, Amazon gave warehouse workers permission to take unpaid time off without the threat of being fired, a reversal in company policy. But in May it revoked that policy and instead started requiring employees to formally request leave if they felt unsafe, as well as prove they had an elevated risk for catching the virus, writes Brian Merchant, senior editor at OneZero.

Even as working conditions deteriorated during a record-breaking holiday season, the company has failed to offer employees the option of taking time off to protect their health.

As employees demand better workplace protection, Amazon is unwavering in its determination to suppress employee voices.

“It is alarming that Amazon has treated attempts to unionize with such hostility – as one of the most powerful companies in the world, it should know better,” said Barbora Černušáková, a human rights researcher at Amnesty International.

But it doesn’t, and it’s actions in the face of a global health crisis prove such.

“Amazon believes that unions would hamper the innovation that has propelled its phenomenal growth,” writes John Logan, professor and director of labor and employment studies at San Francisco State University. “When its employees have attempted to gain a voice at work, Amazon has engaged in sophisticated and aggressive anti-union campaigns.”

But Workers Aren’t Giving Up

For the 2020 holiday season, Amazon workers have taken actions to bring attention to the company’s lack of worker protections and its union-busting tactics.

In October, workers supported by the Congress of Essential Workers marched on CEO Jeff Bezos’ house to protect working conditions during the pandemic. They also called for higher pay and better benefits.

“The richest man in the world made $88 billion in the course of the pandemic. It’s time to fight back,” Chris Smalls, former Amazon employee and founder of the Congress of Essential Workers, told CBS MoneyWatch in October 2020.

Amazon workers also staged global protests on Black Friday. Backed by the Make Amazon Pay Coalition, the workers brought attention to working conditions at facilities and the company’s putting profits ahead of workers.

Some of the demands sought by protesters included raising wages in warehouses, instituting hazard pay during the pandemic, reinstating all workers fired for speaking out against the company’s safety practices, and giving unions access to worksites, Lauren Kaori Gurley at Vice reports.

In Bessemer, Alabama, workers filed for union recognition. The workers are aiming to form a 1,500-person bargaining unit represented by the Retail, Wholesale and Department Store Union (RWDSU). The NLRB hearing on the petition is scheduled for December 11.

What these actions by workers demonstrate is a growing unrest and intolerance for company policies that don’t prioritize workers’ interests. Those workers are turning to unions and labor allies for support as they join together and raise their voices. As unions continue to rally behind these workers, they can use a tool like UnionTrack ENGAGE to engage their members in these actions as a show of solidarity for all workers.