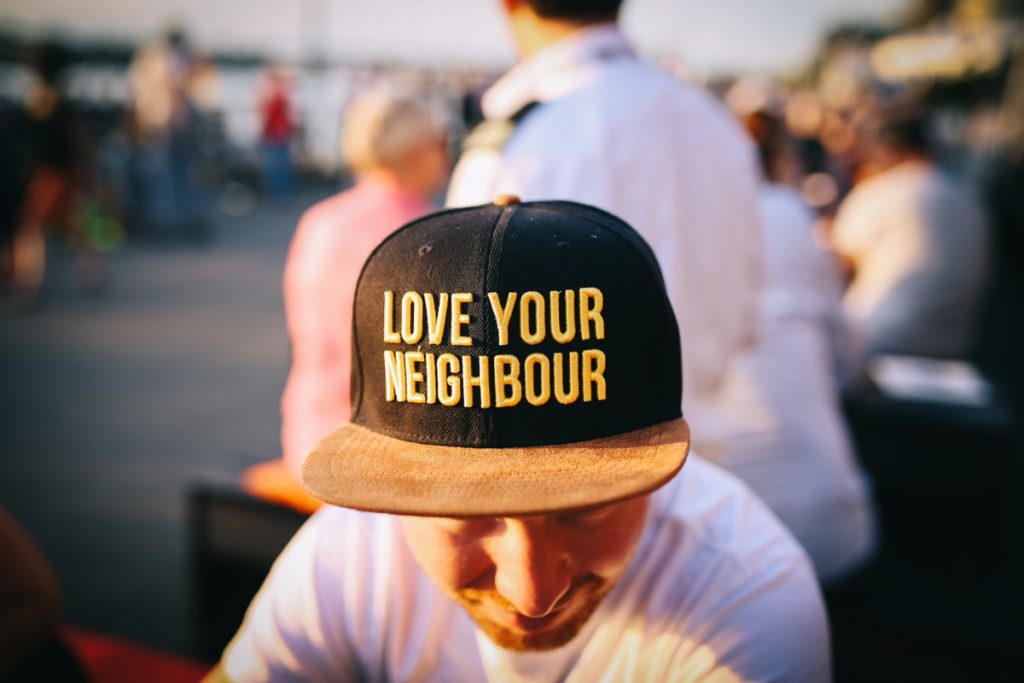 Now, maybe more than ever before, labor unions need all the support they can get to defend themselves and build up memberships.

The current political climate has been devastating for workers’ rights. Anti-union legislation like right-to-work laws, blows to collective bargaining and the spread of misinformation about unions is making it extremely difficult for unions to do what they are built to do — advocate for and bargain on behalf of workers.

To combat the onslaught of anti-unionism and take the labor movement into the future, labor leaders are searching for ways to build up support from advocates and allies. One grassroots strategy they are focusing on is engaging their local communities. “We must engage our communities and all their diversity,” says Kenneth Rigmaiden, general president of the International Union of Painters and Allied Trades (IUPAT).

Why is a high level of engagement with local communities so important to labor unions? Because when unions and communities work together, good things happen.

Unions and Local Communities Have a Symbiotic Relationship

Unions need communities to enhance their memberships and support their endeavors. As the International Brotherhood of Electrical Workers’ (IBEW) Civic and Community Engagement Department emphasizes, community engagement is the cornerstone of improving the union’s standing in local neighborhoods. The public, in turn, needs unions to boost working and economic conditions in their communities.

To help foster this relationship, unions must reach out and build a presence in local communities.

American Federation of Teachers (AFT) President Randi Weingarten stresses that unions can no longer focus solely on themselves or the four walls of the workplace to improve wages and working conditions. She emphasizes the need for unions to build power through community partnerships, saying “Community must become the new ‘density’ of American unionism.”

That’s because “communities are the lifeblood of movements,” writes Douglas Williams, a graduate teaching assistant at the University of Alabama who researches the labor movement and labor policy.

Communities can elect the pro-labor candidates to community leadership positions. Communities can rally around striking workers when they stand in solidarity on a picket line. As such, engaging community advocates should be a primary focus of labor leaders in their efforts to build union strength, Williams says.

On the other side of the equation, community members have an interest in a union’s accomplishments. Communities need unions to improve economic conditions by boosting workers’ wages and benefits through collective bargaining. Stronger unions means stronger communities. When unions secure wins for their members, they also make gains for nonunion workers in the community.

“Being a member of a union has greater implications than working for oneself, or one’s workplace, to gain benefits for yourselves,” says the Independent Education Union of Australia (IEU) WA Branch. “Being ‘union’ also means extending the idea of fairness and solidarity to the community.”

By engaging the community, unions can demonstrate how their efforts benefit everyone, not just union members. That concept is the underlying reason why the recent teacher strikes were so successful. 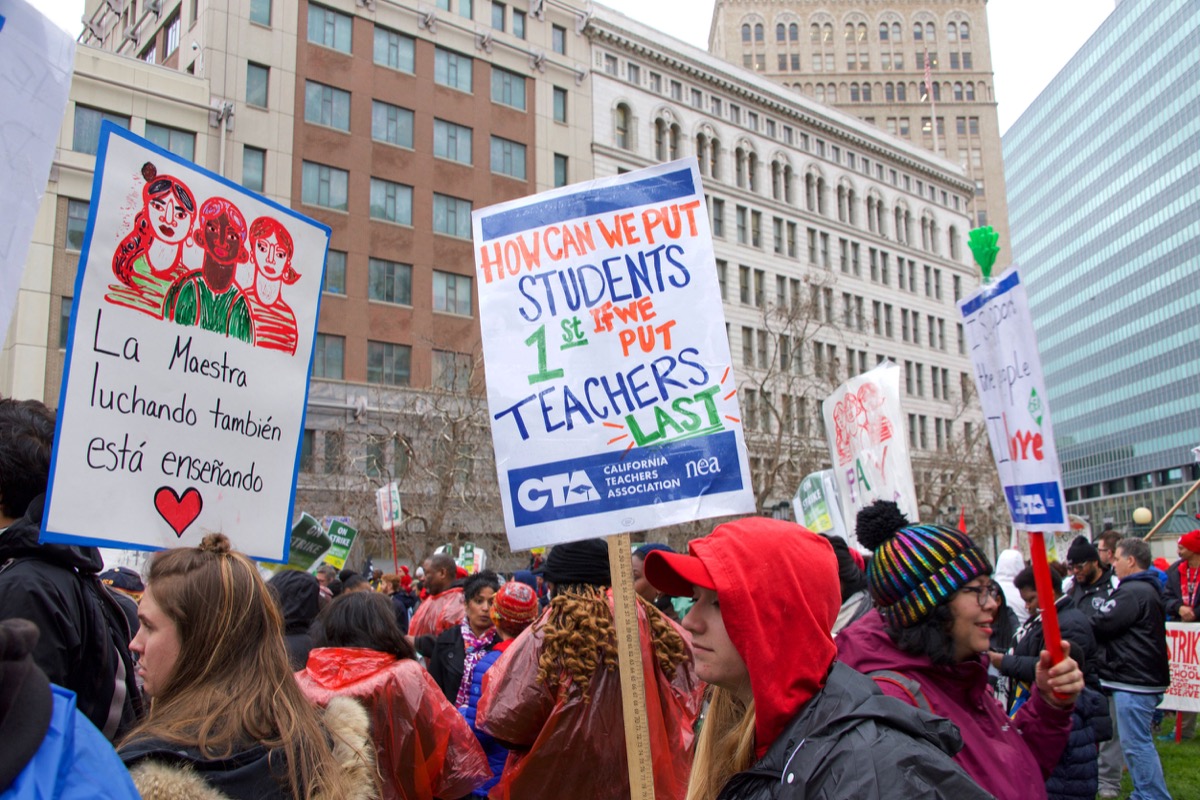 The Teacher Strikes Were a Case Study in Community Engagement

Before teachers in West Virginia started their statewide strike in 2018, they reached out to community stakeholders to explain their actions, garner support, solicit advice, and plan for potential hardships to teachers and students.

“The teachers felt that it was time to meet with parents and community residents to ask how public schools could better serve West Virginia’s children,” writes Eleanor J. Bader, an English teacher at Kingsborough Community College in Brooklyn, New York.

Those efforts resulted in individuals and businesses in the community preparing packed lunches for the kids during the strike and organizing groups to provide child care for working families, who needed somewhere for their kids to go during the day.

The teachers also took advantage of the power of social media to engage the public by communicating their messages and the progress of their strikes. “Educators communicating online played a key role in forming grassroots groups that are storming statehouses and holding demonstrations,” writes AP reporter Melissa Daniels. That constant flow of information kept the public connected to the mission of the teacher strikes.

Building community relationships is a process that demands a concerted effort from labor leaders and union members. Effectively engaging with the public means unions must demonstrate a visible commitment to the communities they represent.

A big part of engaging the community is talking to people in the community and volunteering to assist where needed. For unions to be visible, they need to have members on the ground making connections and participating in community service projects.

One of the best ways to organize these efforts is to recruit member volunteers to a community service or outreach committee. United Autoworkers Union (UAW) local 2209 in Fort Wayne, Indiana, has a very active Community Services Committee that participates in a variety of community projects as a way to stay engaged with the community.

This benefits both parties, says the local’s president, Brian Hartman. “Community service can change lives. And it goes both ways — we help others, but also gain so much back in return.” That’s an approach to community engagement that other unions would do well to follow. 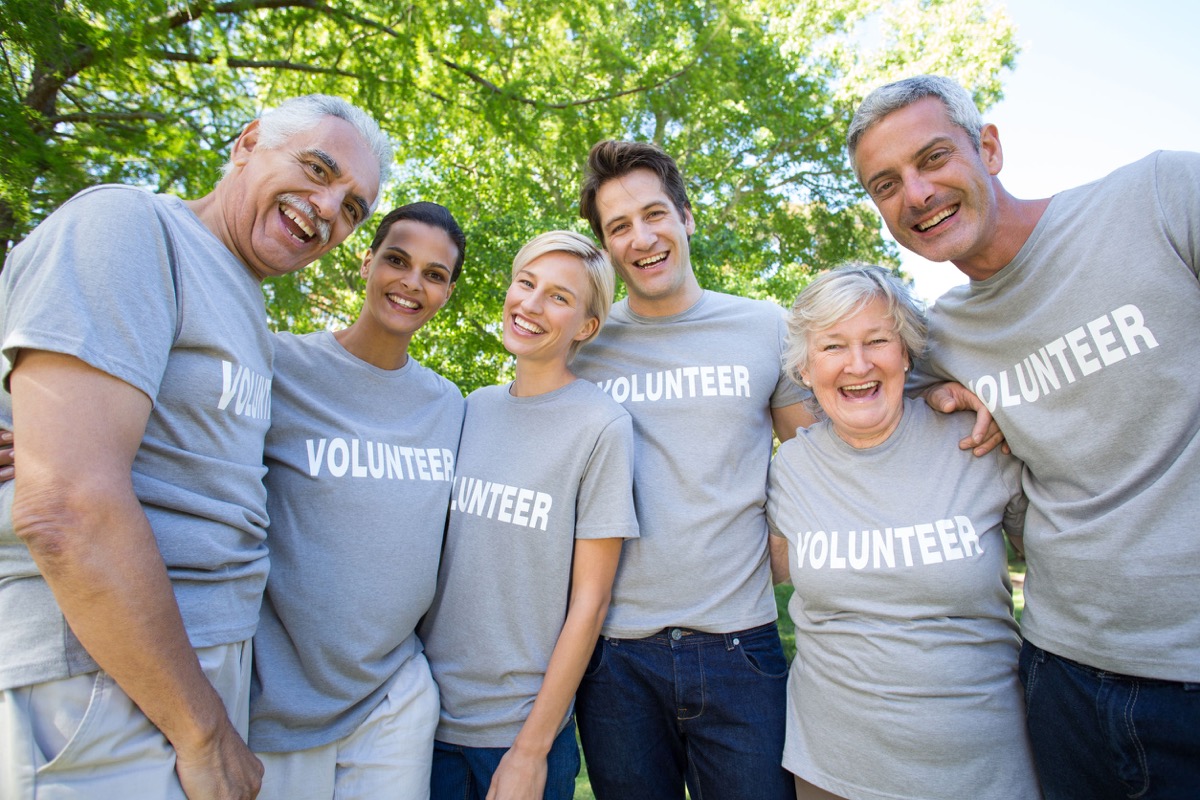 Once a union has built up consistent participation in the community, an important part of keeping locals engaged is promoting the good work the union is doing in the community.

While it may seem like boasting, publicizing the charitable deeds and volunteer activities of union members is a key element of community engagement. In doing so, unions actively demonstrate their involvement with local causes.

One of the best tools for publishing this activity is social media. “When used to connect and promote dialogue with the public, social media tools can help to galvanize your community and develop trusting relationships,” Indah Budiarti at Public Services International Asia Pacific writes.

Social media isn’t the only option for promoting union activities in the community. A blog on the union’s website, yard signs positioned at project sites at which the union volunteered and media spotlights are all options for showcasing what the union is doing within a community.

This type of self-promotion is important in engaging with locals. “As you build your relationships with people online, you will find that people will start to promote your cause voluntarily, defend you in online forums, send you information you’d never find out otherwise, and participate in future campaigns,” says Alex White, secretary at UnionsACT.

3. Getting Involved in Politics

Local politics can have a heavy impact on unions. The last thing any union wants to face is heavy anti-labor leaders in local government. That’s why political organization and involvement are crucial to unions. Unions need sympathetic voters to go to the polls to elect pro-labor candidates.

One common voter-engagement tactic for unions is canvassing. Canvassing during an election is a popular way for unions to accomplish three things simultaneously:

These interactions are impactful because they foster a sense of community and connection between unions members and locals.