Roadmap for Unionizing: Collective Bargaining and Securing a First Contract 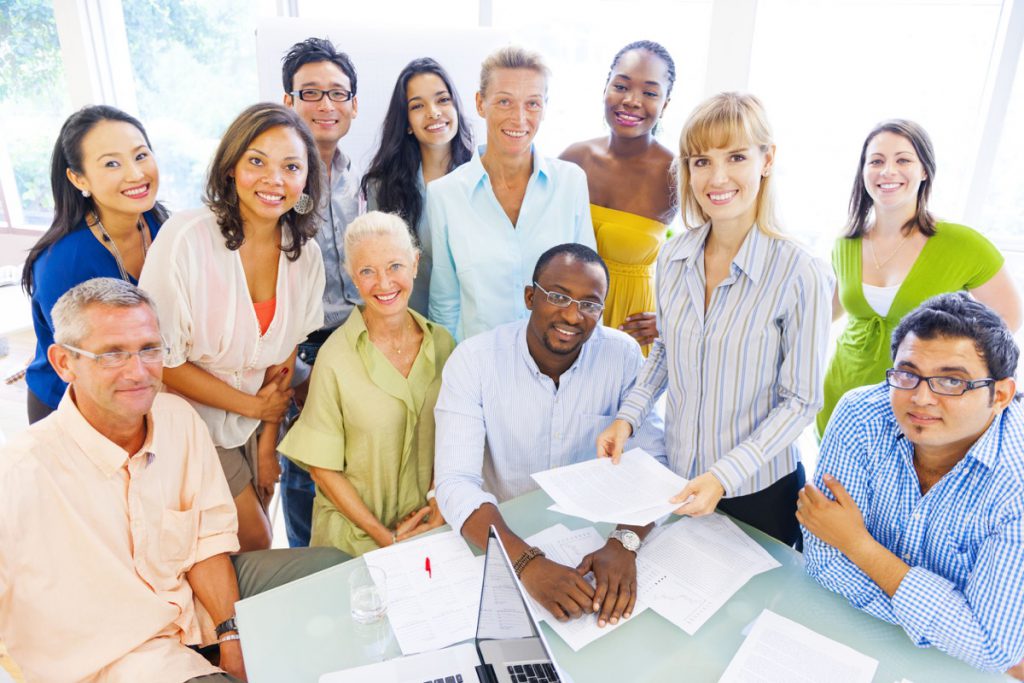 Workers have more power as a collective than they do as individuals.

That was the premise behind the passing of the National Labor Relations Act (NLRA) in 1935, a law that guarantees workers the right to form unions and to engage in activities to improve working conditions. The most essential of those activities is the right to collectively bargain with employers.

And that’s why workers join unions. An individual worker doesn’t wield strong enough bargaining power to negotiate “favorable employment terms,” says the American Civil Liberties Union (ACLU). By joining a union and designating a representative to do the negotiating on behalf of a collective, workers “level the playing field between labor and management” and give themselves a meaningful seat at the bargaining table, the ACLU writes.

That’s the key purpose of unions: to give workers the power to negotiate with employers through collective bargaining, explains the Utility Workers Union of America (UWUA), AFL-CIO. “Collective bargaining is the heart and soul of the labor union,” they write.

And negotiating a first collective bargaining agreement is the final of five steps that workers must take on their journey to unionizing their workplace. Those steps are:

Once the NLRB certifies the union election, it is time for both sides to begin negotiating the first collective bargaining agreement. Chris Langford, strategist and organizer at the International Federation of Professional and Technical Engineers (IFPTE), outlines some of the important issues to be negotiated:

When the time for negotiations comes, it is important that you and your fellow union members understand how the negotiation process works, that you understand your rights throughout the process, and that you know what you want to walk away with in a contract.

Both Sides Must Negotiate in Good Faith

That’s what “good faith” means here. It does not compel the two sides to make concessions or reach a final contract. It’s about the process of the negotiations, explains Mauer, not the end result.

The National Labor Relations Board (NLRB) explicitly lays out circumstances or activities by both unions and employers that may constitute a failure to negotiate in good faith. If either side feels that the other has employed surface negotiation tactics (defined as bad-faith negotiations), they have the right to file an unfair labor practice grievance with the NLRB. By failing to meet this obligation, either side can be reprimanded by the NLRB and dragged into a political and public relations spiderweb.

Hopefully, it doesn’t come to that. But you and your coworkers should be prepared to withstand protracted negotiations. Contract negotiations can be a long and drawn-out process, depending on how sincere both sides are in reaching an agreement that satisfies everyone’s needs and expectations. 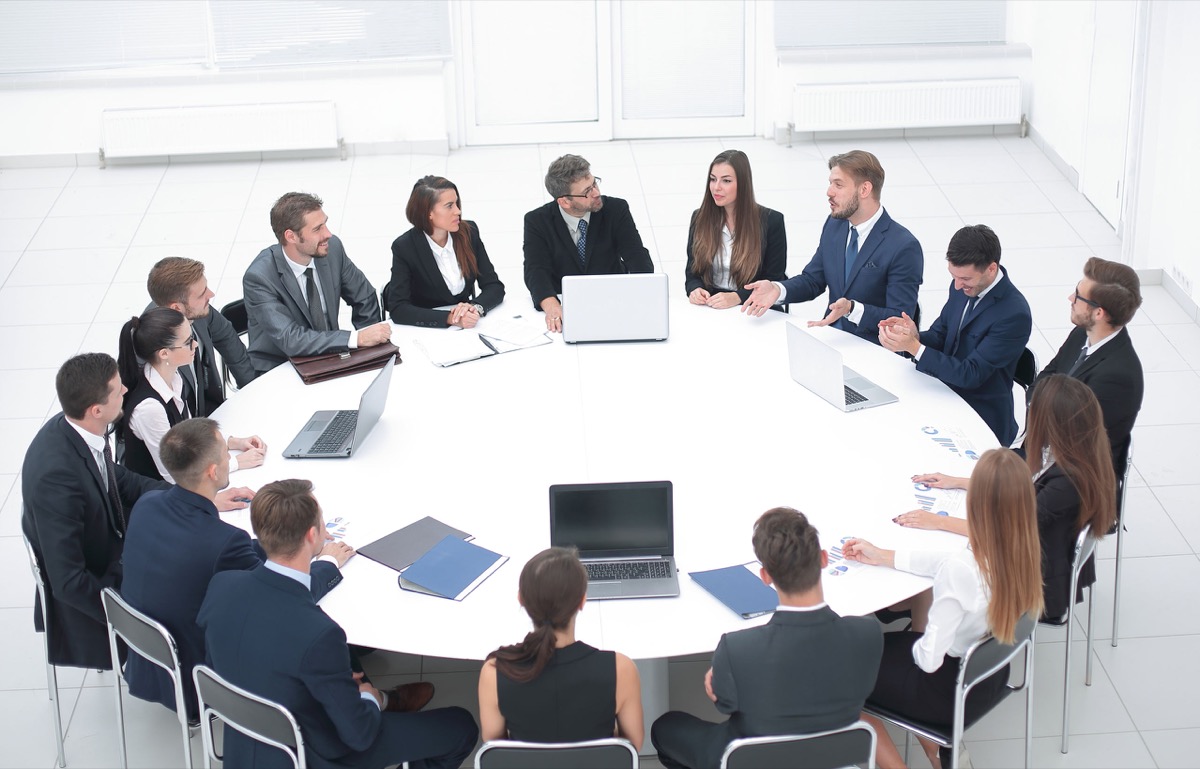 Part of your preparation involves putting together a bargaining committee.

Ideally, this would be done between the union vote and the NLRB certification. This committee is responsible for handling all aspects of the negotiations and ensuring that union members’ interests are protected throughout the process, explains the United Automobile Workers (UAW).

The UConn Graduate Employee Union (GEU-UAW) notes that the committee is specifically responsible for:

Given these heavy responsibilities, it is important that bargaining committee members be representative of the local’s membership, knowledgeable about what is being negotiated, able to contribute positively to the process, and be objective in dealing with issues that affect the membership as a whole, the International Association of Firefighters (IAFF) says.

It is essential that you go into the contract negotiation meetings with a plan.

Keep in mind that negotiations can get stressful, making it easy to get flustered, Gamal Hennessy writes for the Freelancer’s Union. Being prepared and making notes ahead of time can help you keep yourself and the conversation focused, Hennessy says.

The bargaining committee will need to show up at every meeting with a list of issues and a plan of proposals to put before the employer’s negotiating team. In order to ensure the negotiation process moves forward, these proposals should be both reasonable and realistic for the union and the employer.

The IAFF suggests the negotiating committee keep these rules in mind as it prepares the proposals:

Most unions require voting members to ratify union contracts, so it’s important for the negotiation committee to consult with members about the issues that are most important to them.

At the same time, negotiators must keep in mind that the workers and the employer have a mutual interest in the success of the company, advises the United Steelworkers Union (USW). Both likely will have different views on how to achieve that prosperity, however. The goal of the negotiations is to develop a mutually acceptable and beneficial contract, notes the USW.

That should be the guiding principle behind the development of your union’s proposals.

Be Patient, Yet Firm Throughout the Negotiation Process

The process for negotiating is pretty standard and straightforward. Both sides meet at the bargaining table and present a series of proposals. From there, each side confers and discusses the proposals, responding with either acceptance or counteroffers. This cyclical process goes on until both sides agree on all points in the contract.

And it can drag out for months or even years, depending on how earnest both sides are in the negotiations. Some employers, especially those opposed to unionization, are very adept at stalling negotiations so the first contract is never signed and workers give up on unionizing.

That’s what happened to the workers at St. Charles Medical Center in central Oregon in 2013. After 40 bargaining sessions, the workers were never able to reach an agreement with the hospital’s administration, reports Alexandra Bradbury, editor of Labor Notes. Weary and discouraged after the long negotiation struggle, the workers voted to abandon the unionization effort.

This isn’t an uncommon approach for anti-union employers. Alert union organizers should be aware of this and keep the union’s members engaged throughout the negotiation process in an effort to get the employer to come to an agreement.

Solidarity is essential for the success of contract negotiations, especially if they aren’t completed quickly. The UAW stresses that solidarity is the best line of defense against employers that “take a hard line at the bargaining table” to test the resolve of the employees and the strength of their unity.

Workers may become anxious or detached and lose their passion to fight. To prevent this, organizers must mobilize workers to support the contract demands — and to pressure the employer to meet those demands, says the United Electrical, Radio & Machine Workers of America (UE).

Only via engagement and mobilization throughout the process can leaders encourage solidarity among workers. That solidarity can help propel the union into a first contract. UnionTrack ENGAGE is the perfect tool for facilitating the constant, real-time communication that is necessary to build that solidarity.