What the Biden Presidency Could Mean for Undocumented Workers 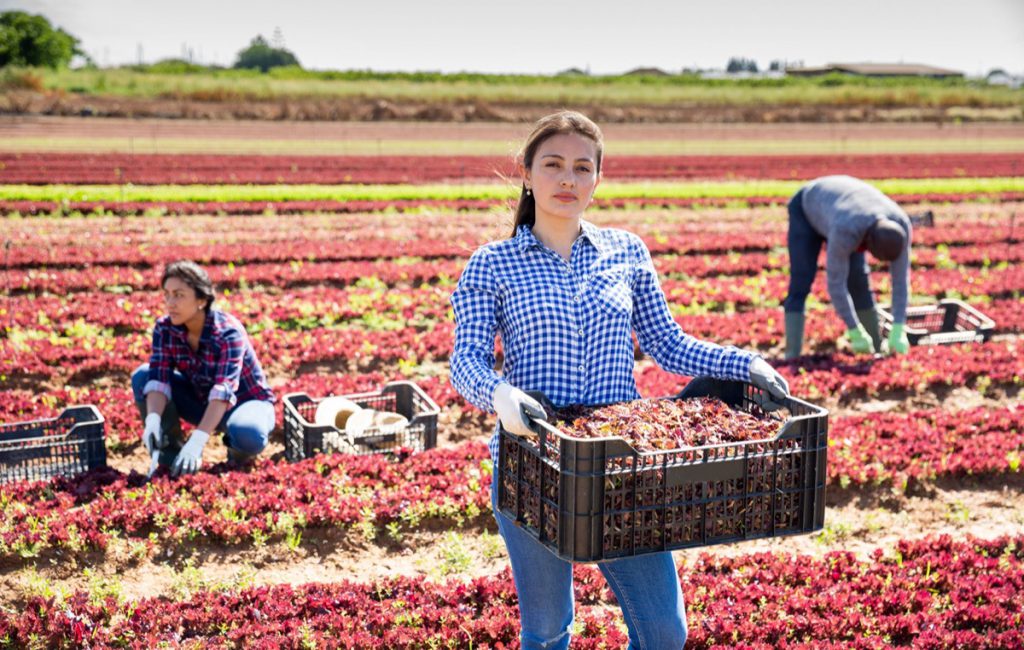 Joe Biden’s presidency has the potential to improve the lives of millions of workers who have struggled under the Trump administration’s policies.

One group of workers in particular, undocumented workers, have been especially oppressed over the last four years. Under the new administration, these workers may have the chance to thrive instead of founder in the land of opportunity.

With the support of labor unions and worker advocates, undocumented workers just may gain the rights and protections they deserve for their contributions to this country.

Undocumented Workers Are an Important Part of the U.S. Workforce

The employment of undocumented workers and the rights they are entitled to are hot-button political issues. But there is one thing those on either side of these issues cannot refute: Undocumented workers are an essential part of the U.S. labor force.

According to data from the most recent American Community Survey by the Center for American Progress, there are an estimated 7 million undocumented immigrants in the U.S. workforce today. Of those workers, approximately 5 million are performing jobs classified as essential to the nation’s critical infrastructure, a statistic cited by Director Christopher Krebs at the U.S. Department of Homeland Security’s Cybersecurity and International Security Agency’s (DHS CISA).

The contributions of so many to the economy and to their communities cannot be understated. As Arloc Sherman, Danilo Trisi, Chad Stone, Shelby Gonzales and Sharon Parrott at the Center on Budget and Policy Priorities write in a 2019 report, these workers make up more than one-third of the workforce in some industries, in many ways sustaining those industries.

They are geographically mobile, which enables them to fill in worker shortages at critical times when industries are facing a lack of available workers. These workers also support an aging native-born population by contributing billions of dollars each year to Social Security and Medicare, the authors note.

Undocumented workers also pay state and local taxes, boosting local economies. According to the Institute on Taxation and Economic Policy, these workers collectively pay about $12 billion per year in various taxes.

Immigrant Workers Put Their Lives at Risk During the Pandemic

“These simple numbers suggest that immigrants are disproportionately risking exposure to the virus to continue contributing their productive ability where it is needed,” write Giovanni Peri and Justin Wiltshire at the Department of Economics at UC Davis. “The economic and social contributions of immigrants during this period of crisis are particularly evident.”

But these workers were essential long before the pandemic.

“These people didn’t suddenly start doing this work during the pandemic, and many of these jobs didn’t suddenly become hazardous to the health and safety of workers during the pandemic,” Tom Jawetz, vice president for Immigration Policy at the Center for American Progress, said in testimony before the U.S. House Subcommittee on Immigration and Citizenship. “This is work and these are workers who have long been essential to the functioning of this country and its economy.”

Yet, for the Trump administration, these contributions and sacrifices weren’t enough for undocumented workers to gain equal access to workplace protections. To the contrary, over the past four years they have been thwarted in their efforts to make progress.

The Struggles of Undocumented Workers

For all of their contributions, undocumented workers are still not treated like the essential workers they are. While they are afforded some protections against workplace discrimination, they are often treated as if the laws don’t apply to them. And they are afraid to speak up against employers when they are treated unfairly because they are threatened with deportation.

“Employers use this as a huge club against workers who stand up for themselves,” says Rebecca Smith, director of work structures at the National Employment Law Project.

That’s what happened to Maria Guadalupe Escobar in Orange County, New York. She was taken into immigration custody after she filed a lawsuit against her employer for violating labor laws.

In an interview with Paul Harris at The Guardian, Escobar said: “The employer knew we were undocumented workers. He hired us knowing that, and took advantage of us by not paying us overtime. He knew we were vulnerable and desperate. He never expected us to stand up for our rights. When we did, he used his connections to send immigration after me.”

It’s a common story for many undocumented workers who speak up when they are treated unfairly, which is why so many don’t.

Many Don’t Have a Clear Path to Citizenship

Immigrant workers who seek to become permanent citizens of the U.S. have had more hurdles thrown in front of them under the Trump administration.

Most of this administration’s policies have made the process more complex and expensive, leaving immigrants who have already been waiting years to wait even longer. “Applicants are experiencing more vetting, a proposed spike in the application fee and prolonged processing times,” writes Monica Campbell, senior editor and reporter at The World.

The Trump administration has also ended the Temporary Protected Status (TPS) programs, which raises the risk of deportation for about 300,000 immigrants in the U.S. who have escaped dangerous conditions or natural disasters in their home countries. One-third of those people are workers who have been essential during the global health crisis.

“To end protections for … TPS families, including the more than 130,000 people who have been risking their lives as essential workers in the midst of the COVID-19 pandemic, would be very cruel; especially during these difficult times,” says Paul-Andre Mondesir, lead organizer for the National TPS Alliance.

They Were Excluded from the CARES Act

Perhaps one of the most egregious offenses against undocumented workers has been their exclusion from unemployment benefits during the pandemic.

Under current laws at both the state and federal levels, most undocumented workers are not eligible for unemployment benefits. On top of that, they were excluded from the Coronavirus Aid, Relief, and Economic Security Act (CARES) Act that provided relief to workers after the devastating economic impacts of COVID-19.

For example, they were unable to participate in the Pandemic Unemployment Assistance (PUA) program under the CARES Act, even though they have contributed to the unemployment fund, explain Muzaffar Chishti and Jessica Bolter at the Migration Policy Institute (MPI). These workers were also ineligible to collect stimulus payments because they don’t have Social Security numbers, a requirement for the benefit, Chishti and Bolter note.

Fighting these injustices has been difficult. But they do have one strong ally on their side: labor unions.

“A worker is a worker, wherever he or she is from,” writes Bethany Staunton, deputy editor of HesaMag. It’s this core tenet of unionism that drives labor’s support of undocumented workers. That’s why they are fighting for better protections for them.

For example, in 2017 Neidi Dominguez, newly-appointed national strategic campaign coordinator for the International Union of Painters and Allied Trades (IUPAT), launched the Working Families United coalition with the mission to aid unions in protecting workers who are faced with the threat of deportation. The coalition also pushed for unions to be more inclusive of immigrants in their memberships.

The United Electrical, Radio & Machine Workers of America (UE) issued a list of demands for locals to consider in the fight against immigrant worker discrimination. One of those is for locals to negotiate contract language that offers protections to workers, regardless of their immigration status; prevents employers from participating in voluntary U.S. Immigrations and Customs Enforcement (ICE) programs; and prevents employers from threatening undocumented workers when they receive a “no-match” letter from the Social Security Administration.

At the political level, labor leaders are lobbying for legislation that seeks to overturn or circumvent Trump-era laws that target undocumented immigrants. They are also advocating for rules that would provide better protections to undocumented workers.

“We have to educate people, hand out know-your-rights materials, and provide legal aid,” says Wei-Ling Huber, president of UNITE HERE Local 2850. “But we also send people to D.C. to lobby on TPS, for instance. We supported shutting down the government to win protection for DACA recipients. We have to keep firm in our political efforts.”

Biden’s presidency, which we expect will work with labor leaders instead of against them, has the potential to accomplish those ends for undocumented workers.

The Biden team is offering some hope to undocumented and immigrant workers that they will be treated fairly in the workplace. There are strong indications that one of his priorities in office will be to reverse many of the Trump administration’s immigration policies. This includes programs that made it more difficult for immigrants to obtain work visas and made it easier for them to be deported.

“We can’t at the same [time] keep applauding all these essential workers who we are relying on and not recognize them legally,” says Marielena Hincapié, executive director of the National Immigration Law Center.

“And so, providing them with some kind of protection and work authorization so that they can do the work without the fear of detention or deportation, and to actually be able to work within the law, is also really critical.”

To this end, Biden’s team has publicly discussed reforming the work visa system, easing restrictions on people’s ability to find work in the U.S., Dianne Solis and Alfredo Corchado at The Dallas Morning News report. He has also raised the issue of paying fair wages to immigrant workers and ensuring they, too, have the right to join unions, Solis and Corchado write.

As with any major policy changes on the federal level, progress will take time. The role of unions during the interim is to keep advocating for these changes and to hold the administration accountable to some of the promises made to help undocumented workers. A tool like UnionTrack ENGAGE can help leaders keep members informed on lobbying efforts and rally members to keep pushing a more immigrant worker-friendly agenda.