The Politics of Going Back to Work: 4 Areas of Focus for Unions 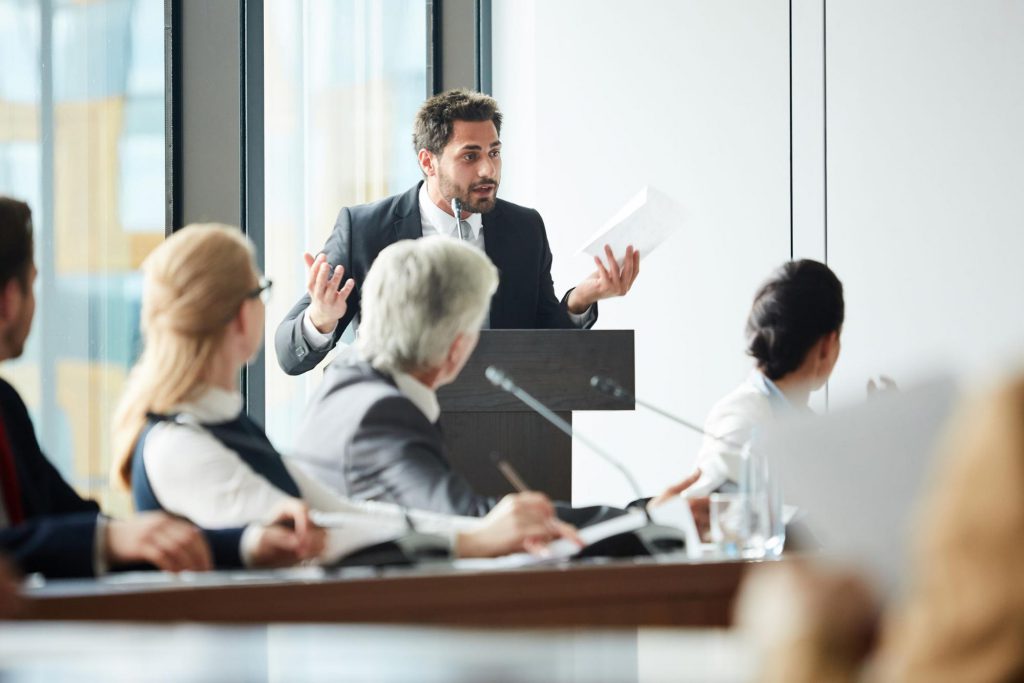 The economy may be slowly getting back online, but the threat of COVID-19 remains. As such, without proper protocols in place, workers may not be safe back at work. That, however, isn’t stopping governments and business leaders from pushing companies to start doing business again.

And their reopening plans, more often than not, don’t prioritize the safety of workers ahead of the desire for full and swift economic recovery.

In the words of John Nichols at The Nation, “The Labor Department is sacrificing workers on the altar of ‘reopening.’”

Those workers are depending on labor supporters to advocate on their behalf and create safe workplaces for them to return to. As workers’ champions, unions and their allies are stepping up to help.

Here are some of the efforts they are making in the political arena to ensure workers return to safe worksites.

One of the most confounding labor issues to arise from the pandemic response has been the lack of enforcement of any type of mandatory safety practices in workplaces. The Occupational Safety and Health Administration (OSHA) and the Centers for Disease Control (CDC) have only gone so far as to issue voluntary guidelines for employers to consider when developing policies and procedures addressing worker safety amid COVID-19.

The key word there is “voluntary.” There have been no mandatory or enforceable COVID-19 standards for employers to implement to protect workers, notes Deborah Berkowitz, director of the Worker Health and Safety Program at the National Employment Law Project (NELP). “The federal Occupational Safety and Health Administration (OSHA) is failing in its responsibility to assure that employers keep workers safe on the job during the pandemic,” Berkowitz writes.

To make matters worse, OSHA is conducting minimal on-site enforcements, even as the number of workplace complaints related to COVID-19 was over 5,000 by the end of May, as Alex Gangitano at The Hill reports.

In an effort to push back, unions have been loudly advocating for the passage of emergency temporary standards (ETS) by OSHA and other industry-specific health administrations.

In May, after directly petitioning OSHA to issue an ETS in response to COVID-19, to no avail, the AFL-CIO sued the agency, demanding it issue an ETS to address working conditions during the current pandemic. The petition was denied by a federal appeals court in June, but the union hasn’t given up and is asking for a full court rehearing, notes Craig Becker, AFL-CIO general counsel.

“The risk to workers’ lives is heightened now that the economy is reopening and millions of workers are returning to workplaces where many of them are certain to be exposed to the undisputed ‘grave danger’ posed by the coronavirus due to inadequate safety and health practices,” Becker says.

As an industry-level example, the United Steelworkers Union (USW) sought a court order to compel the Mine Safety and Health Administration (MSHA) to issue an ETS to protect mine workers specifically. Miners work under unique conditions that don’t allow them to voluntarily follow federal safety guidelines. They rely on mine operators to implement those standards, which some have not done, notes Mike Wright, director of the USW Health, Safety & Environment Department.

This issue of enforceable COVID-19 workplace safety standards is one of the most pressing that unions are addressing, and they are making headway. The Health and Economic Recovery Omnibus Emergency Solutions (HEROES) Act passed by the House would require OSHA to implement standards. Richard Trumka, president of the AFL-CIO, praises lawmakers for including it while also stressing that more needs to be done, including requiring MSHA to do the same.

As demonstrated throughout this pandemic, workers cannot rely on the government or employers to keep them safe at work. As many return to their jobs, they will have to follow in the footsteps of others, like postal workers, and rely on themselves and their fellow workers to ensure their employers are prioritizing their safety.

For their part, postal workers “understood that we needed to act on our own behalf,” Knoxville, Tennessee-based rural mail carrier Alex Fields wrote in early April. They organized, signed a petition and pressured management to provide for their safety at work.

While workers have been fighting this battle on the front lines, unions have been working in the background to secure for employees the ability to hold employers accountable to safety. They worked to secure language in the HEROES Act to provide funding for organizations to train workers and employers on workplace safety, note Jacob Leibenluft and Ben Olinsky at the Center for American Progress.

With that training, employees will be able to recognize issues and call out employers who fail to protect workers — which brings us to the next political issue unions are focusing on.

Workers are being fired for refusing to return to work for COVID-19-related safety reasons.

New York Times reporter Jack Healy shares the story of Jake Lyon, a tea-shop worker in Fort Collins, Colorado, who, along with six co-workers, lost their jobs after requesting their employer delay the shop reopening over safety concerns. They were also reported to the unemployment agency and ultimately denied benefits for refusing to return to work. It’s one of countless similar stories being told around the country.

Workers should not be put in that position. “Most basically, workers must have the ability to refuse to work under unsafe conditions without being at risk of losing their jobs,” Leibenluft and Olinsky write.

Unions are working to secure that right for workers as they are being asked to return to the workplace. Some unions are joining with legislators to pass “just cause” legislation that would prevent workers from being fired for speaking out about health and safety issues, shares Rachel Sandalow-Ash, a Harvard Law School student and member of the school’s Labor and Employment Lab.

By addressing both the issues of training and whistleblower protections, unions are setting the stage for workers to be able to hold employers accountable to COVID-19 safety precautions.

The issue of personal protective equipment (PPE) shortages across the country has been a headline throughout the pandemic. Front-line workers have been dealing with it from the start, and unions have been hard at work fighting this issue from the beginning.

In May, members of the Oregon Federation of Nurses and Health Professionals (OFNHP), led by member Jamie Dawson, passed a resolution that put pressure on government leaders to turn away from outsourcing production of PPE and instead to produce supplies domestically. “This is not a problem our employers can solve,” Dawson said at the time.

The American Federation of Teachers (AFT) has launched national advertising campaigns to bring awareness to the PPE shortage issue workers are facing. The union’s ads urge Americans to contact their legislators and demand access to more PPE at work. Alaska-based AFT member and nurse Donna Phillips started an online petition to achieve the same end.

“Workers around the country are crying out over the shortage of PPE that’s affecting not only their safety and health, but also the safety and health of their families and patients,” says Randi Weingarten, president of the AFT.

Unfortunately, many workers who are being called back to work are facing continued PPE shortages. The AFT has since launched a national television and online campaign blasting the shortage. The AFL-CIO has included adequate levels of PPE and safety training as one of its points in its Safety First: Working People’s Plan for Reopening the Economy the Right Way that it is sharing with legislators.

All of these efforts are making waves in the political arena and helping unions to accomplish a key goal: making workplaces safe for returning workers. As unions continue to lobby legislators, they can keep members updated on their efforts using a communication platform like UnionTrack ENGAGE.