How Unions Could Shape the 2020 Presidential Election 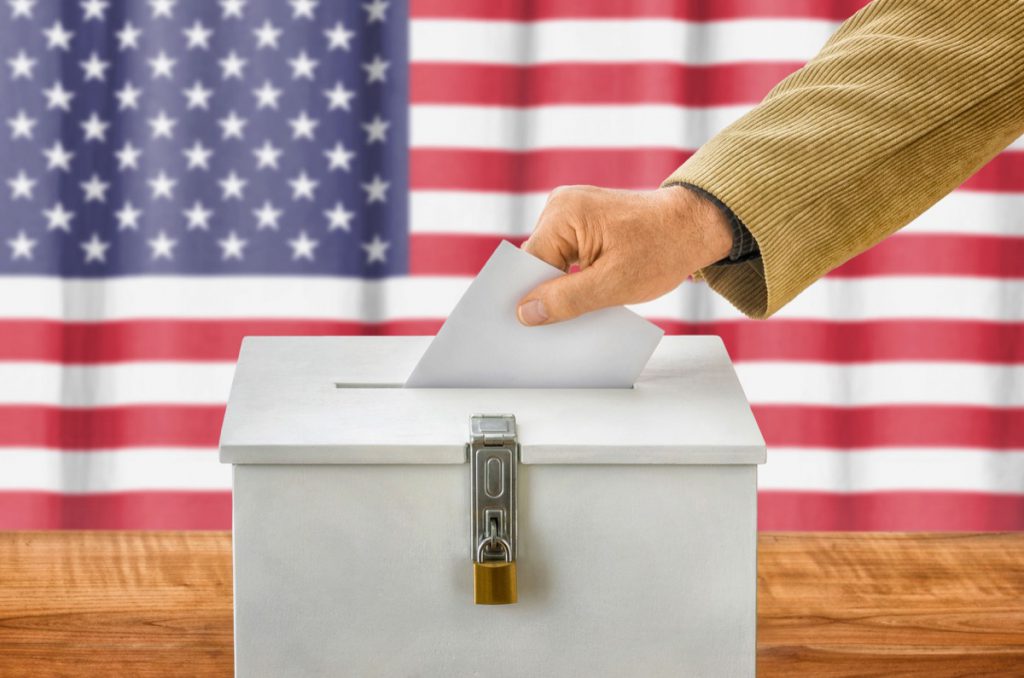 Unions are poised to play an important role in a presidential election where “the stakes couldn’t be higher, not only for the future of the labor movement but for the entire U.S. working class,” say Rand Wilson, president of the Center for Labor Education and Research, and Peter Olney, retired organizing director of the International Longshore and Warehouse Union (ILWU).

That’s why union endorsement and member votes are so crucial to this election.

Union endorsements and all the support that comes with them have the potential to drive a nominee forward in the 2020 presidential election. “Contributions from labor groups continue to play a significant role in elections,” reporter Camille Erickson writes at OpenSecrets.org.

And in a way they haven’t done in decades, the 2020 presidential candidates (namely the Democrats) are chasing the union/worker voting bloc.

“I think labor is very important right now for the candidates,” says Geoconda Argüello-Kline, secretary-treasurer of the Culinary Workers Union Local 226 in Las Vegas. That’s because these candidates recognize the current administration’s efforts to weaken unions and the opportunity this presents for winning the support of millions of voters.

Danny Homan, president of the American Federation of State, County and Municipal Employees (AFSCME) Council 61 in Des Moines, Iowa, explains that candidates are trying to capitalize on the power of the working people. They “understand that this is a large block of folks they want on their side,” Homan says.

Unions are courting this attention and using it to bring the labor movement to the forefront of candidates’ agendas.

Unions Are Pushing the Labor Conversation to the Front

“We’re setting the bar high — higher than it’s ever been,” says AFL-CIO President Richard Trumka. “If you want our endorsement, show us that you’re unambiguously pro-worker and pro-union. Tell us about your plan to make it easier to form unions and harder to bust them.”

Mark Trumbull at the Christian Science Monitor reports that labor leaders believe union values such as economic security, inclusiveness and the principle of democracy align with the values of the majority of Americans. The support that workers in the teaching and media industries have been able to garner from the public as they strike and negotiate for better working conditions is a testament to the growing political strength of unions.

“The union message is a powerful message,” says Paul Frymer, professor of politics at Princeton University in New Jersey. The union movement overall may have declined over the past few decades, but the working class has not, Frymer says.

This is why unions are forcing presidential candidates to prioritize labor issues. And why candidates are responding. 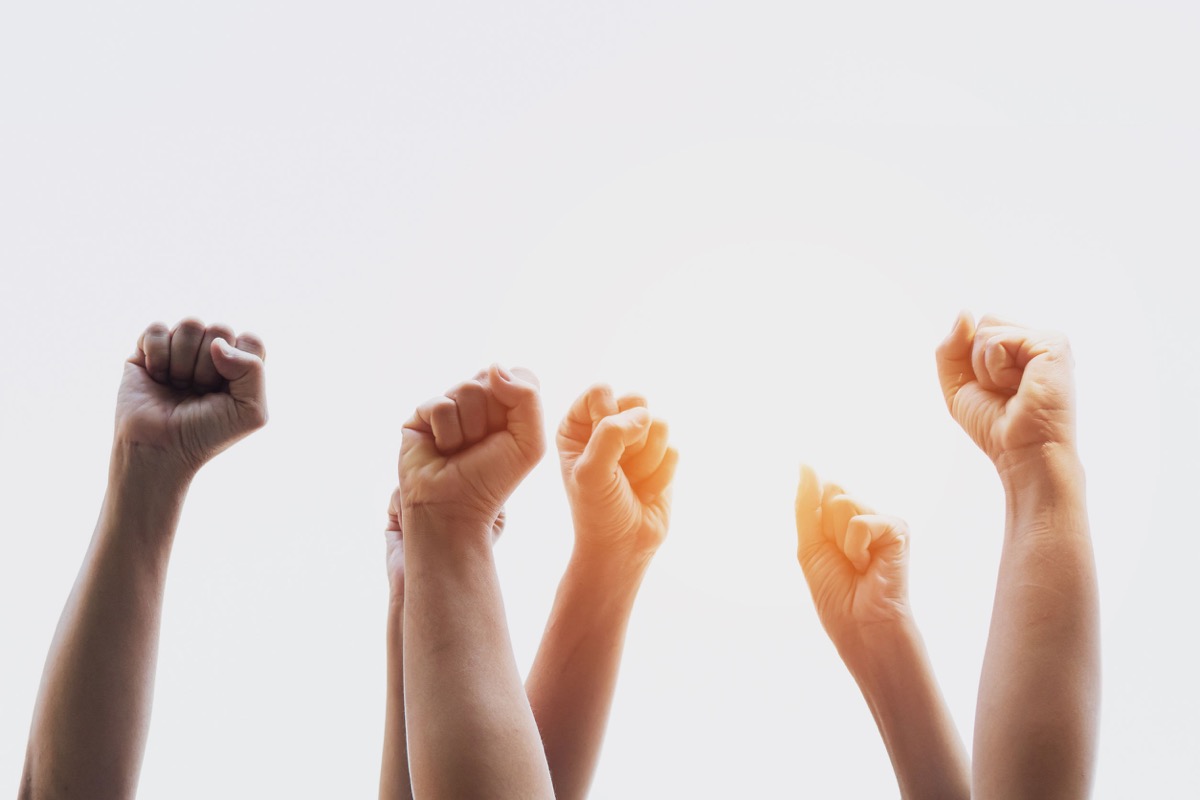 As a Response, Candidates are Using the ‘U’ Word

Candidates saying the word “union” is a big deal to workers and union members.

In previous elections, candidates were hesitant to use the word unless they were talking to a union audience. Labor strategist Steve Rosenthal notes that during the past 30 years, union activists have often asked, “Did she or he use the ‘u’ word?” of Democratic presidential candidates. The answer, Rosenthal says, was usually “no.”

Candidates this time around have taken notice. Unlike previous elections, where Democratic candidates would walk a tightrope between appearing to support unions and actually putting forth a pro-union platform, the 2020 election’s candidates are proudly expressing their support for unions.

“I think the lesson that Democrats and these candidates particularly have come to understand is unless you talk about the economic issues that affect working people, you are not going to get elected,” Richard Trumka said in late August.

After catching heat for endorsing candidates too soon in the last presidential election, most unions are taking their time to scrutinize candidates.

“With this many candidates running, working people can afford to be selective with our vote,” says John Weber, press secretary for the American Federation of Labor and Congress of Industrial Organizations (AFL-CIO).

Union leaders also want member input before making a choice. Mary Kay Henry, president of the Service Employees International Union (SEIU), says the SEIU wants to “figure out a 21st century way to engage as many of our members who want to participate” in that selection process. 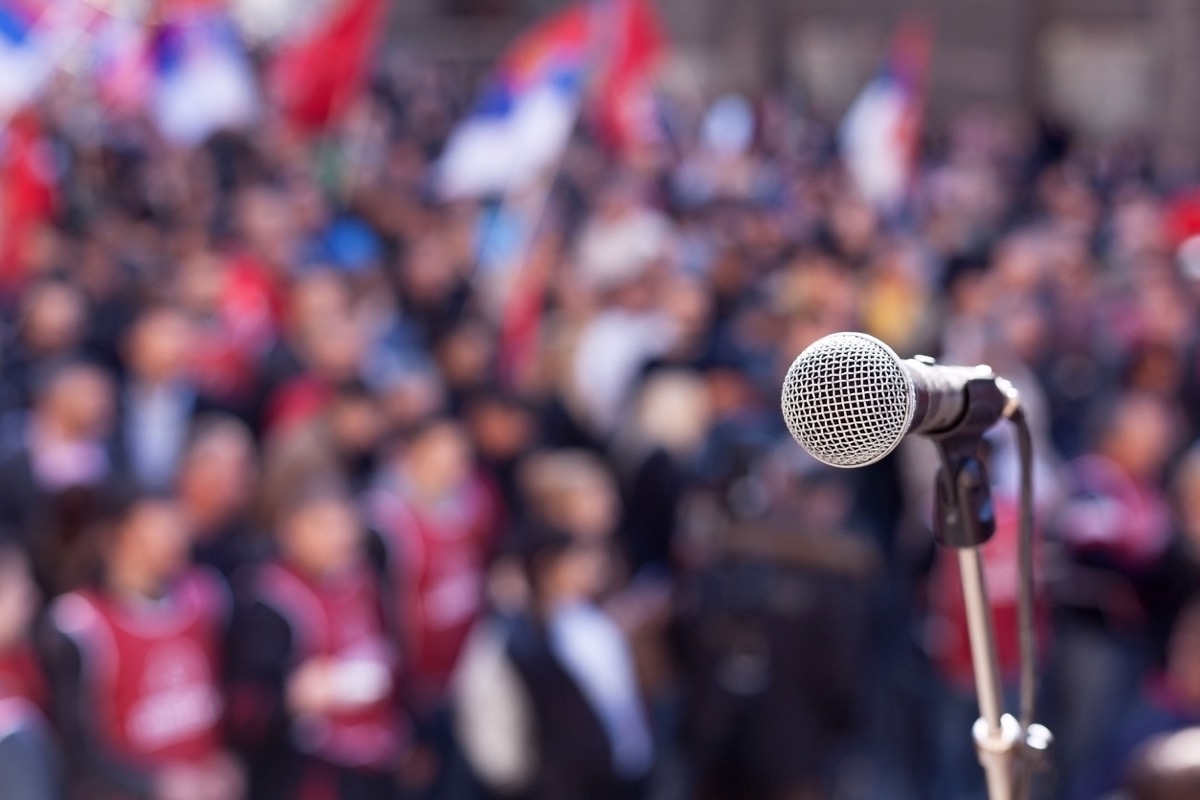 How Unions Are Amplifying Members’ Voices

Los Angeles Times reporter Evan Halper notes that labor leaders are being more cautious about endorsements because they were too quick to jump in with a candidate last time, often without the input of members. “An effort designed in the last election to galvanize the membership and make a show of force, instead became divisive in several big unions whose leaders backed Hillary Clinton over the more aggressively pro-union insurgent, Sen. Bernie Sanders,” reports Halper.

To avoid repeating the same mistake, some unions have even changed their processes for endorsing candidates to give rank-and-file members more say in which candidate gets a union’s endorsement.

For example, the Teamsters union is having members fill out surveys to tell leaders what issues matter most to them. The Teamsters will use that information to guide conversations with candidates and share the feedback with members to help them decide whom to support.

“We’ve got to shape the debate about what this election is about,” Teamsters General President Jim Hoffa said at the union’s political coordinators meeting in 2019. “Candidates are going to come to us and ask for our support. But at this time, I’m not hearing what we should be hearing on the issues.” Hence the need for the surveys to drive those conversations.

Unions can afford to hold back their endorsements, as the Democratic field is packed with pro-labor candidates who have to earn the support of unions. “We aren’t rushing in making a decision this time around because we believe the field is so strong and we want to give people an opportunity to answer questions,” says AFSCME President Lee Saunders.

That’s what makes the next months leading up to the first Democratic primary so crucial for candidates who seek the support of organized labor.

This is where technology enters the picture. Union leaders can use a tool like UnionTrack ENGAGE to solicit member feedback about the issues that matter to them and the candidates prefer. With digital tools like ENGAGE, unions can keep a constant line of communication open with members throughout the election cycle.