What New Labor-Friendly Congresspersons Are Doing to Support Workers 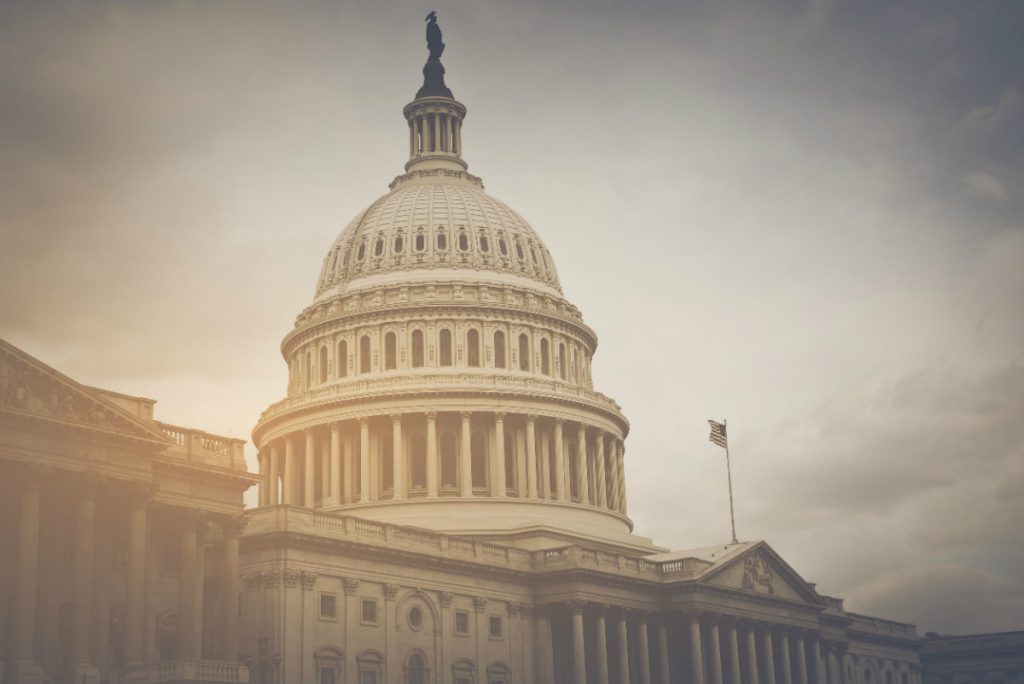 The results of the 2018 midterm elections were a boost to labor unions.

For one, Democrats took over as the majority party in the House of Representatives, setting the stage to pass union-friendly legislation and halt the anti-union trajectory of the Trump administration’s policies. Secondly, the gain in Democratic seats in the House ushered in a new generation of labor-friendly leaders who have already stepped up to help unions.

These newly elected congressional leaders are introducing and/or supporting pro-worker legislation to bolster workers’ rights and unions’ abilities to grow and strengthen, which runs counter to the previous two years when Republicans held the majority in both the House and the Senate.

Below are six representatives any labor ally should know.

Representative Jared Golden made labor issues and worker rights a central message during his campaign for the U.S. House of Representatives. “Unions fight to protect these rights, and the stronger they are, the better our economy will work for working men and women,” he wrote in the Bangor Daily News in January.

And his track record in the Maine House of Representatives gave him the credentials he needed to secure the support of labor unions. “During his time in office in Maine, Jared has made it clear he supports and fights for working people and rights at work,” Vincent Castellano, national vice president of AFGE District 2, said during the 2018 campaign.

Some of Golden’s initiatives as a representative in Maine included:

According to the AFL-CIO, Golden earned a 96 percent pro-labor voting record.

Since his election to Congress, Golden has co-sponsored the Protecting the Right to Organize (PRO) Act, which seeks to cement “workers’ rights to strike, to organize, and to pursue litigation against employers that violate their rights.” It’s legislation that has already received support from unions, including the Teamsters.

“The Protecting the Right to Organize (PRO) Act will restore fairness to the economy at a time when income inequality has stifled the ability of far too many hard-working Americans to earn a decent wage that allows them to support their families,” asserts Jim Hoffa, general president of the Teamsters.

Golden also co-sponsored the Fairness for Federal Contractors Act, which requests that the Office of Management and Budget repay low- and middle-income federal contractor employees after the shutdown.

Representative Tom Malinowski won his seat thanks in part to a strong background in advocating for equality and human rights on a global stage. He served as Assistant Secretary of State for Democracy, Human Rights, and Labor for the Obama administration. In that role, he led the fight for human rights worldwide.

He has since used that experience to advocate for the rights of working middle-class Americans, earning him the support of labor unions for his election to the U.S. House of Representatives. “Tom understands that fighting for a better quality of life should be the top priority,” remarked Kevin Brown, vice president and New Jersey state director of 32BJ Service Employees International Union (SEIU).

His first bill in the House addresses the plight of workers in his home state. The Transportation Funding Fairness Act (TFFA) of 2019 makes it easier for states to finance their portion of infrastructure projects that are jointly funded by federal and state governments.

Local transportation unions, including the International Association of Sheet Metal, Air, Rail and Transportation Workers (SMART Union) and the ATU, have offered their praise and support to Malinowski for this bill. “It’s about time we get funding fairness for our much needed infrastructure projects,” said Ron Sabol, the New Jersey state director for the SMART Transportation Division. 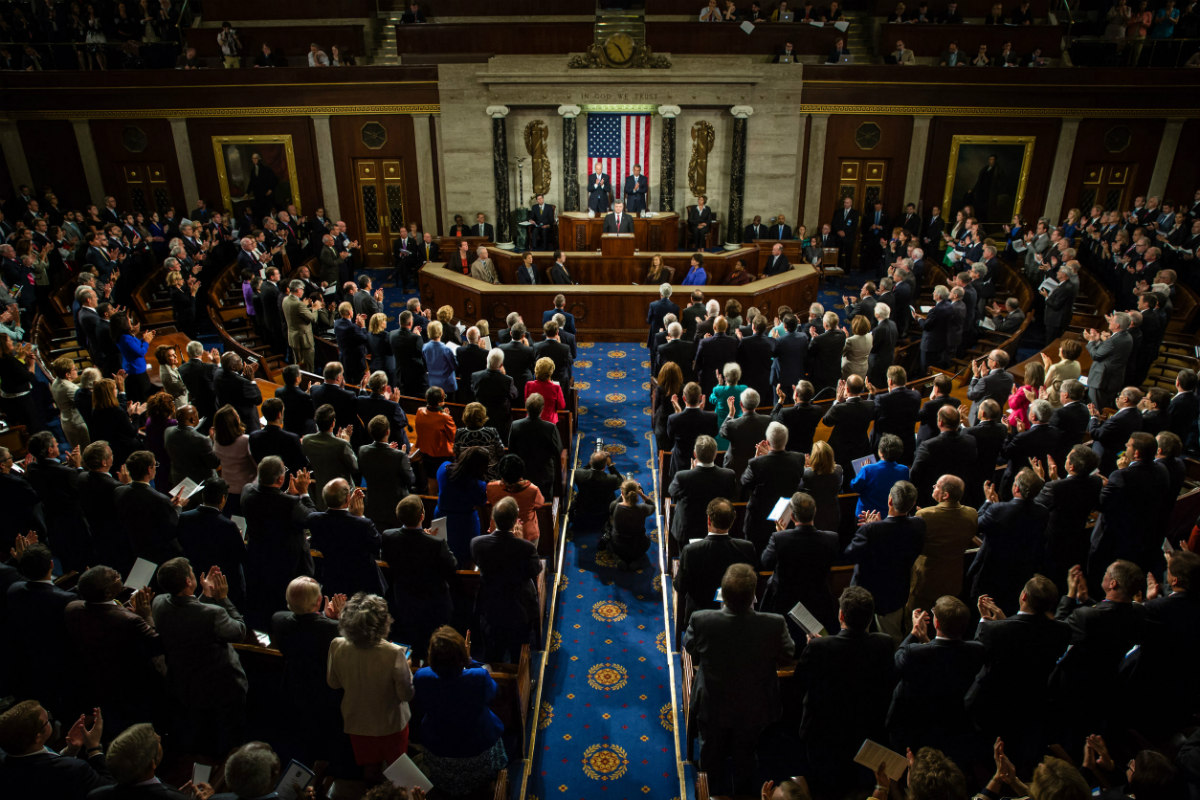 And stand with them she has. In her short time in Washington, she has introduced, sponsored or co-sponsored several pieces of legislation to improve conditions for working Americans and unions.

During the longest partial-government shutdown in history, Omar consistently lobbied on behalf of workers’ rights. She authored and introduced the Federal Worker Childcare Protection Act of 2019 to ensure that affected federal employees would be eligible for reimbursement of their childcare expenses incurred during the shutdown. She also co-sponsored both the PRO Act and the Fairness for Federal Contractors Act.

Omar has further praised the passage of the Paycheck Fairness Act, which included an amendment she co-authored to ensure that major employers report more detailed data to the Equal Employment Commission to help fight racial and gender inequality.

Representative Ayanna Pressley has already made her mark in Congress by standing up for labor unions and workers. She was only weeks into her new role when she joined several fellow lawmakers in calling for employees of federal contractors to receive back pay they missed out on during the partial government shutdown through the Fairness for Federal Contractors Act. Pressley also marched in solidarity with those workers at a union-sponsored rally near the White House, demanding an end to the shutdown.

This type of worker advocacy is a passion for Pressley, both as a worker and a politician. She was a hotel worker for years when she was going through college and supporting her mother. That experience gave her a first-hand awareness of the economic pressures on blue-collar workers. And as a Boston City Councilor, she advocated for those workers.

That’s why she garnered support from labor unions. UNITE HERE Local 26 President Brian Lang said the union was “proud to endorse a candidate who has been a relentless advocate for her community and given voice to the issues of inequality that impact their lives every single day.” 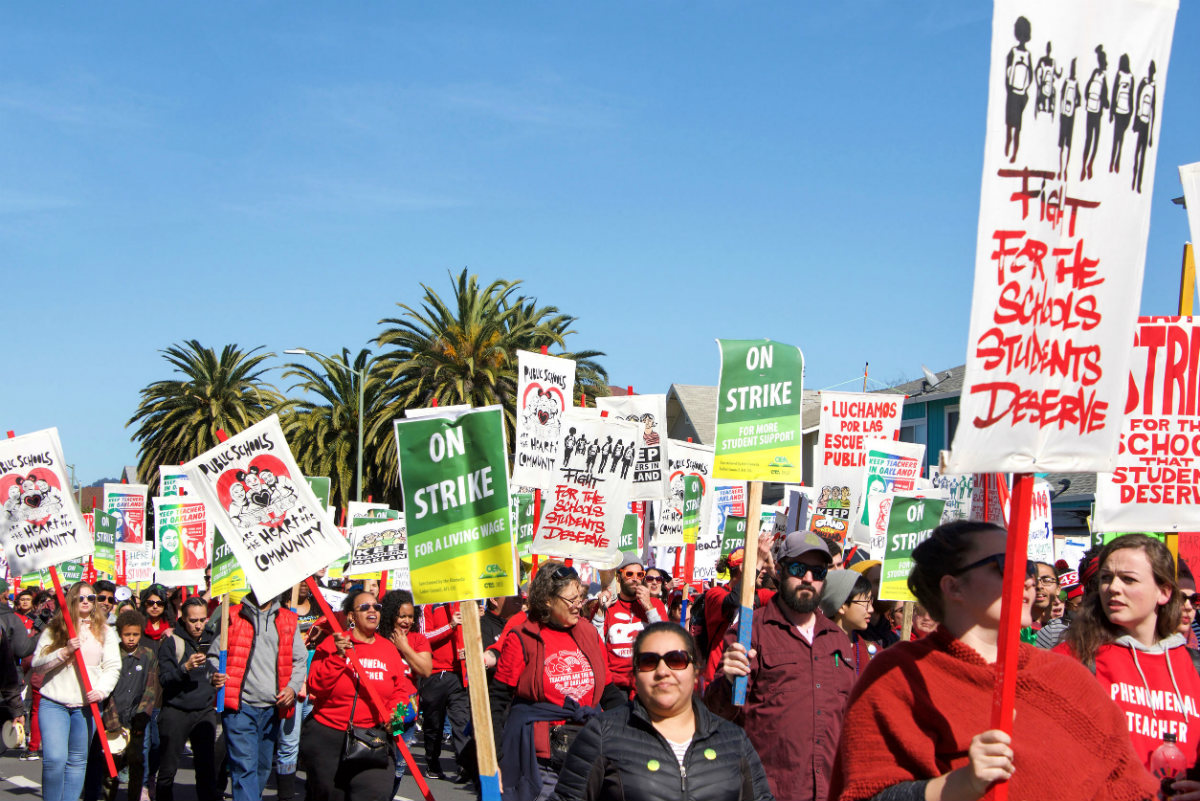 Senator Jacky Rosen is no stranger to the plight of working families or union causes. She was a proud member of the Culinary Workers Union Local 226 while she worked her way through college as a waitress, and has carried her support of workers’ rights with her to the Senate.

During her two years serving in the U.S. House, she garnered a strong pro-worker voting record and spoke openly of her support for workers and unions. That dedication to workers’ rights earned her the support of International Brotherhood of Electrical Workers Las Vegas Local 357, and other unions, for her run and eventual election to the U.S. Senate in 2018.

Jim Halsey, assistant business manager for IBEW Las Vegas Local 357, said they were supporting her Senate run because she “has been a consistent supporter of working families” since her election to the House.

During the first few months of her tenure as a senator, Rosen has introduced The FAMILY Act, which would provide workers with partially paid leave for health reasons, pregnancy and serious health conditions affecting a family member. “Families across Nevada deserve the job security that comes as a result of access to paid family and medical leave,” Rosen says.

She also co-sponsored the The Child Care for Working Families Act, which promotes affordable, high-quality early learning and child care for working families. She put her support behind this act because “the lack of affordable, quality child care too often forces families to make the difficult choice between working to effectively provide for their family or staying home to care for a child.”

Senator Kyrsten Sinema has a history of fighting to improve opportunities and conditions for workers, earning the support of unions. “As a member of the U.S. House of Representatives for the past six years, Congresswoman Kyrsten Sinema has fought for federal employees and all working people over and over again,” says George McCubbin III, national vice president of American Federation of Government Employees District 12.

Sinema has a reputation of working across the aisle to boost jobs, working conditions and wages, which is one of her legislative priorities. She was the first to sign on to work with Louisiana Senator Bill Cassidy on legislation to address paid family leave, which has become a hot topic for workers and legislators. Cassidy noted how their working together “signals a significant shift in a conversation around federal paid family that has been stuck at the ideological poles of both parties.”

In Sinema’s run for the Senate seat, the AFL-CIO endorsed her because she fights for equal pay for equal work, has expanded educational opportunities for veterans, and co-sponsored the Veterans Apprenticeship and Labor Opportunity Reform (VALOR) Act to help veterans learn job skills.

McCubbin has expressed confidence that Sinema will “fight to preserve employees’ right to join a union and collectively bargain for better working conditions and better public services.”

These are just a few of the many newly-elected members of Congress that have track records for supporting workers and unions. They have already made great strides to introduce and pass legislation to protect workers in just a few short months. They are the partners in Congress unions have been waiting for to combat anti-union policies and bolster support for workers’ rights.

Union leaders can use UnionTrack ENGAGE software to gather data on the issues that are important to their members so they can communicate that information with these new union-friendly lawmakers.