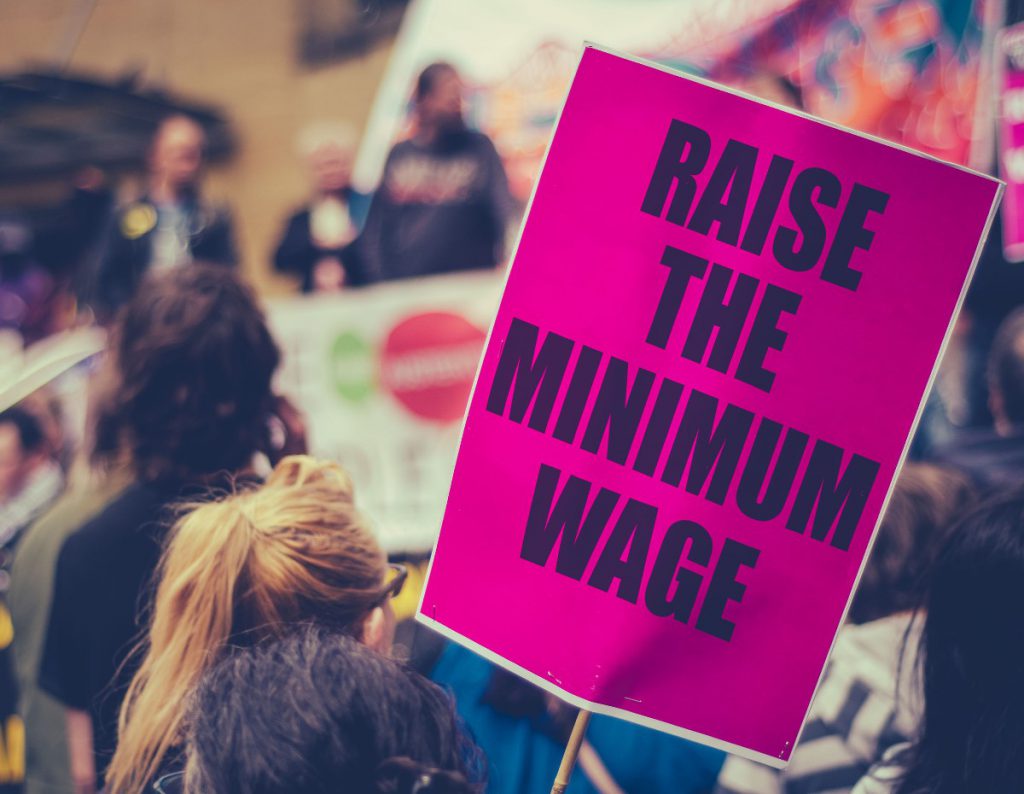 The Fight for $15 movement began in New York in 2012 when fast food workers went on strike to demand higher wages. Over eight years later, the battle is still waging as workers across the country continue to advocate for raising the wage floor.

Progress Has Been Slow at the Federal Level

There have been a number of efforts to increase it, including the Raise the Wage Act of 2017 that passed in the Democrat-controlled House of Representatives but failed to come up for vote in the Republican-controlled Senate. Under then-President Trump’s leadership, the movement was unable to gain any traction at the federal level.

However, President Joe Biden has endorsed raising the federal minimum wage to $15 per hour, opening the door for progress. But it has been a struggle for him and supporters to gain forward momentum.

The Wage Increase Has Stalled in Congress

Even with the president’s support, the effort to increase the federal minimum wage has failed in Congress. Congressional members in both the House and the Senate reintroduced the Raise the Wage Act of 2021 in an effort to increase the federal minimum wage to $15 an hour by the year 2025. They also included the measure in the COVID-19 Stimulus Package, which is also called the American Rescue Plan of 2021. Neither effort to boost the hourly wage made it through the Senate, leaving Congressional supporters looking for new paths forward.

Some options being considered include: gradually increasing the minimum wage to $10 per hour; setting the wage at $11 or $12 per hour instead of $15; or taking a regional approach that separates states into regions with different minimum wages, explains Joyce Beebe, Ph.D., a fellow in public finance at the Baker Institute.

There Has Been Progress Made in the Fight for $15

While efforts at the federal level haven’t produced any positive results, the fight to raise the minimum wage for all workers has scored some victories recently at the state and local levels.

“Despite the pandemic, the Fight for $15 movement continues to gain strength, with more cities and states than ever before raising their wage floors, including dozens of local jurisdictions raising wages to $15 or more,” writes Yannet Lathrop, senior researcher and policy analyst at National Employment Law Project (NELP). The lowest-paid workers in 24 states and 50 municipalities will receive wage increases in 2021, with many receiving an increase to $15 per hour or more, she explains.

The current worker shortage is also driving up rates. After decades of wage stagnation, starting pay for entry level workers is finally increasing in an effort to fill open positions. Ultimately this benefits the fight for a federal $15 minimum wage. A pay jump, for example, from $12 an hour to $15 is an easier pill to swallow than say $8 to $15.

This has been happening at the individual company level. Best Buy, Costco, Starbucks, Target, Wayfair and Wells Fargo have raised their minimum hourly wages to $15 or more, says Gabrielle Olya, lead writer at ConsumerTrack.

To demonstrate his support for a higher wage floor, Biden signed an executive order raising the minimum hourly rate for both federal contractors and tipped employees working on government contracts to $15 an hour by January of 2022.

“This is an important first step to ensuring that all jobs paid with federal revenues are good jobs that come with dignity and respect for the workers who do them,” writes Rebecca Dixon, executive director of NELP, of the executive order.

In signaling his intent to keep fighting for a higher minimum wage, Biden is encouraging supporters to continue lobbying lawmakers. “Change is possible,” says Saru Jayaraman, president at One Fair Wage, a national nonprofit organization seeking to end subminimum wages. “We urge Congress to follow President Biden’s courageous leadership and make sure all workers – not just federally contracted workers – are given the same opportunity to thrive by passing the Raise the Wage Act,” she says.

As labor leaders continue to support his effort as well, a tool like UnionTrack ENGAGE can help them share real-time updates with their members and engage their members in conversations around this key issue.